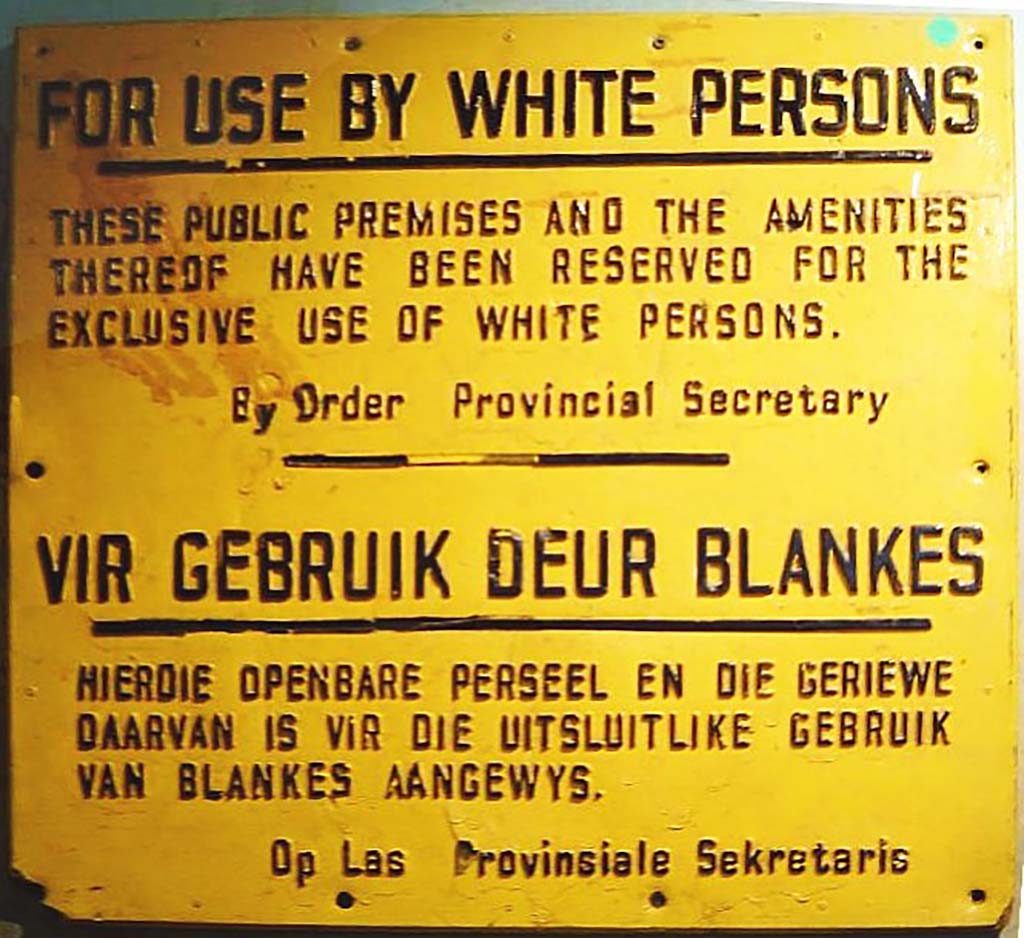 Apartheid is the name of the racial institution that was established in 1948 by the National Party that governed South Africa until 1994. The term, which literally means “apartness,” reflected a violently repressive policy designed to ensure that whites, who comprised 20% of the nation’s population, would continue to dominate the country.

Although the policy began officially in 1948, the practice of racial discrimination has deep roots in South African society. As early as 1788, Dutch colonizers began establishing laws and regulations that separated white settlers and native Africans. These laws and regulations continued after the British occupation in 1795, and soon led to the channeling of Africans into specific areas that would later constitute their so-called homelands. By 1910, the year that all of the formerly separate Boer Republics united with the British colony to become the Union of South Africa, there were nearly 300 reserves for natives throughout the country.

By 1948, Dr. D.F. Malan, the prime architect of apartheid, led the National Party in the first campaign that centered on openly racist appeals to white unity. The Party promised that if elected it would make permanent these reserves under the joint fundamental principles of separation and trusteeship. The National Party swept into office, winning 80 seats (mainly from Afrikaner voters), compared to the United Party’s 64 seats.

Soon afterwards the new government instituted a number of policies in the name of apartheid which sought to “ensure the survival of the white race” and to keep the different races separate on every level of society and in every facet of life. One of the first acts passed was the Prohibition of Mixed Marriages Act, in 1949, which outlawed marriage between Europeans and non-Europeans. The following year new legislation banned sexual intercourse between Europeans and non-Europeans. Additionally, in 1950, the Malan government passed the Population Registration Act, which categorized every South African by race, and subsequently required people to carry with them at all times a card stating their racial identity. This Act was later modified in 1952, by issuing “reference books” instead of identification passes. Anyone caught without their “reference book” was fined or imprisoned.

The Group Areas Act of 1950, however, was the core of apartheid in South Africa. The act marked off areas of land for different racial groups, and made it illegal for people to live in any but their designated areas. Thousands of Africans were uprooted and moved into racially segregated neighborhoods in cities or to reserves which by the 1970s would be called homelands.

In conjunction with the Reservation of Separate Amenities Act of 1953, even black workers who during the day worked in the now residentially white only cities were still required to use different public transportation, post offices, restaurants, schools, and even separate doors, benches, and counters. The Natives Urban Areas Act in 1952 and the Native Labor Act in 1953 placed more restrictions on the black majority in South Africa.

Three important movements challenged apartheid. The oldest was the African National Congress (ANC) which was founded in 1912. The Pan Africanist Congress (PAC) broke away from the ANC in 1958 and initiated its own campaign against apartheid. Both groups were eventually banned by the South African government and forced underground where they began violent campaigns of resistance. In the late 1960s, the South African Students’ Organization (SASO) was formed. Today it is known as the Black Consciousness Movement (BCM) in South Africa.

Apartheid formally ended in 1994 with the first election which allowed the participation of all adult voters. With that election Nelson Mandela became the first black president of South Africa.