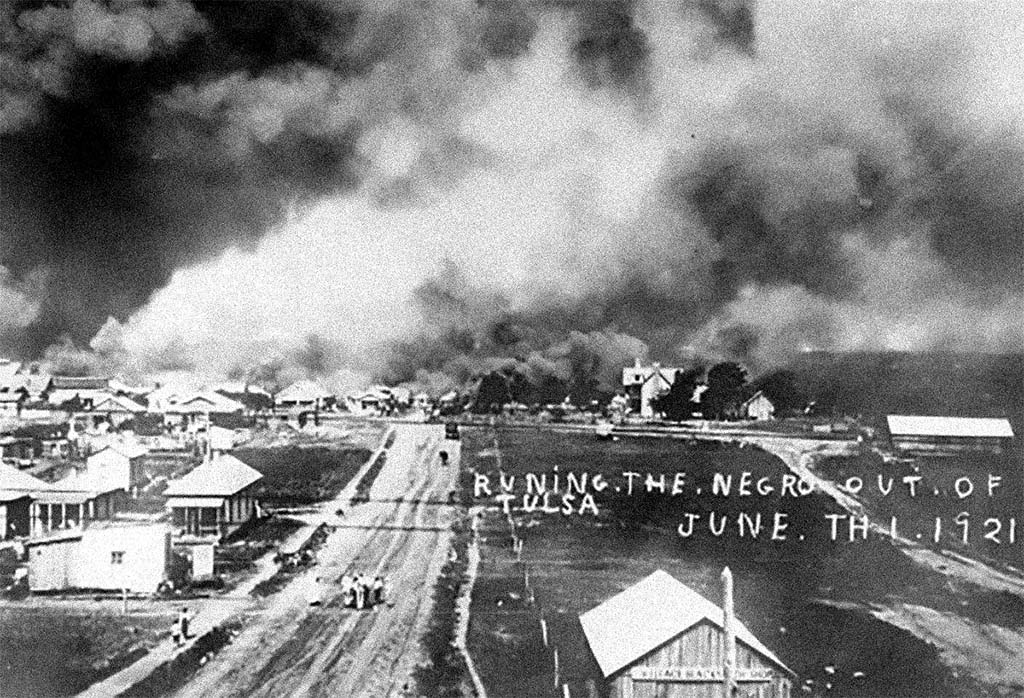 What happened: A confrontation between Black and white people broke out in 1921 in Tulsa, Oklahoma which led to the Tulsa Massacre. The Black neighborhood called Greenwood, or “Black Wall Street,” was burnt to the ground. 1,400 Black homes and businesses were destroyed. Millions of dollars were lost and 10,000 Black people were left homeless.

Why it is important to know about: The Tulsa Race Massacre of 1921 was one of the worst attacks against a Black community in the history of the United States. Up to 300 people were murdered. Black people were living peacefully among themselves. They did not start or cause the Massacre.

Details of the event: Black Wall Street was one of the wealthiest Black communities in the United States. The community had its own doctors, lawyers, teachers, dentists, and entertainers. There were over two hundred Black-owned small businesses. But some white people in Tulsa were not happy. They did not like that Black people were so successful. There was a lot of anger and jealousy. A newspaper article in the Tulsa Tribune printed a story about a nineteen-year-old Black boy named Dick Rowland. Sarah Page was a seventeen-year-old white girl. Dick Rowland was accused of possibly harming her in an elevator. The story turned out to be false. Dick Rowland was held at the courthouse. A large crowd of armed white men came to the courthouse. A smaller crowd of armed Black men came to protect Dick Rowland. Angry words between a white man and a Black man turned ugly. A shot from a gun was fired. It quickly got out of control. A mob of White men went to Black Wall Street. They attacked and murdered innocent people. They burned down homes and businesses. The Massacre lasted for two days. The police rounded up Black men who were jailed although they had not done anything wrong. Most of the white men were only disarmed and told to go home.

The lasting impact: The public did not want to hear about an angry white mob. White men had killed, burned, and destroyed Black people’s lives and property. There was an investigation to see if a crime was committed. It was decided that the Blacks caused the riot. No white man was ever charged with murder, stealing, or damaging property. Justice was never served. People have not talked about this for nearly one hundred years. The 2020 movie, “Black Wall Street Burning,” is making people aware of Tulsa’s dark past. Tulsa is finally learning about its history.

What we learned from this event: When people are ashamed of their actions, they refuse to talk about it. People need to take responsibility for their wrongdoing. Healing can happen when the truth comes out.