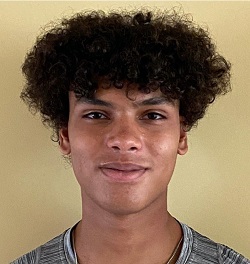 Zachary McFerren is a freshman at Texas A&M University. He is from Virginia but has ethnic ties to several countries, including Guyana, Germany, and Nigeria. Although Zachary plans to major in Petroleum Engineering, he possesses a great interest in the modern state of racial relations in the United States and internationally. In his leisure time, he runs a reselling business that he developed in early 2018 and plays both football and basketball. His future goals include graduating with a bachelor’s degree in Petroleum Engineering, where he plans to enter the workforce immediately, and continuing his reselling practice.

Victoria Eugenia Santa Cruz Gammara is widely considered the mother of Afro-Peruvian dance. Victoria Santa Cruz was born in Lima, Peru, on October 27, 1922, to a large Peruvian family of 10 children. Her father was Nicomedes Santa Cruz Aparicio, and her mother, Victoria Gamma … END_OF_DOCUMENT_TOKEN_TO_BE_REPLACED