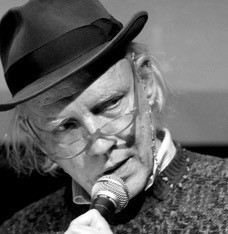 Wayne Pounds is Professor Emeritus at Aoyama Gakuin University in Tokyo, Japan. He earned his Ph.D. in American literature at the University of Kansas in 1976. Though he has taught black American literature through his half-century career, he only began research and writing on African American history as he approached retirement about 2014.

His research and writing to date centers on mulattos (“free persons of color”): first in Halifax County, Virginia, the late 1700s; then Metcalfe County, Kentucky, the same period; and Lincoln County, Oklahoma, where he was born and raised, with family roots in Virginia and Kentucky. He writes about Oklahoma in the period preceding statehood in 1907.

Sample essays can be seen on his blog (Ueno Wayne: From Oklahoma to Tokyo). For Virginia, there is “The Naming of Aunt Nan,” and for Oklahoma “A Brief History of the Moon Family” as well as an essay about The Autobiography of Buck Colbert Franklin published in his Lives of Lawmen which also includes a study of Bill Colbert, one of the few black deputy U. S. Marshals in Indian Territory.