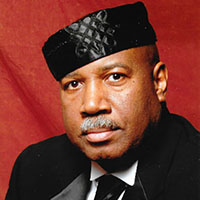 Anthony (Tony) Orange has served as Executive Director of the Central Area Motivation Program since September 2003. Tony formerly worked for seven years as Executive Director of the Washington State Commission on African American Affairs and coordinated a stakeholder listening project for Region 4 Community Services Division Administrator of the State Department of Social and Health Services (DSHS). Prior to that, he served for a year as acting director of the Central Area Youth Association in Seattle and was staff assistant to the Seattle Human Rights Commission from 1988 to 1994. Tony was executive director for the Coalition for Quality Integrated Education before landing a job as manager in the Equity and Compliance Department of the Seattle Public School District in 1977.

Tony served on the board of directors of Festival Sundiata, the Seattle-King County NAACP, the Susan G. Komen Breast Cancer Foundation, the Breakfast Group and the Seattle Affiliate of the National Black Child Development Institute. He was a member of the Washington State Minority and Justice Commission and the Loren Miller Bar Association Judicial Review Committee.

In the spring of 1964, before Congress passed the Economic Opportunity Act, a group of Central Area residents and friends created a comprehensive anti-poverty proposal which was presented in the autumn of 1964 at a mass meeting called by the Seattle Urban League and the … END_OF_DOCUMENT_TOKEN_TO_BE_REPLACED