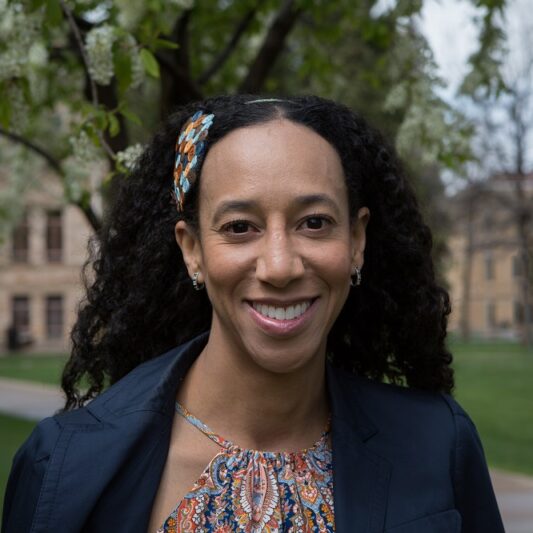 Prof./Dr. Tracey Owens Patton is Professor of Rhetoric and Critical Cultural & Mediated Studies in the Department of English and Adjunct Professor in African American & Diaspora Studies in the School of Culture, Gender, and Social Justice at The University of Wyoming. She joined the UW English Department in 2022 after being in the Department of Communication & Journalism (2003-2022). She also served as the Director of the African American & Diaspora Studies Program from 2009-2017 at the University of Wyoming. Patton’s area of specialization is critical cultural communication, rhetorical studies, and transnational studies. She is the co-author of Gender, Whiteness, and Power in Rodeo: Breaking Away from the Ties of Sexism and Racism (2012) and has a second monograph under review involving race, memory, rejection, and World War II. Patton has presented her research at nearly 80 different academic conferences and her work has appeared in numerous books, journals, and in the media. Patton teaches courses involving critical theory, critical media, cultural studies, womanist theory, and rhetorical theory.

John Edgar Wideman was born in 1941 in Washington, D.C. but grew up in the predominantly black middle class community of Homewood near Pittsburgh, Pennsylvania. By the time Wideman was in high school, his family had moved to Shadyside, an upper middle class mostly white … END_OF_DOCUMENT_TOKEN_TO_BE_REPLACED