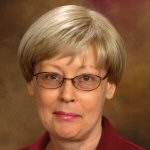 Peggy Pascoe was the Beekman Professor of Northwest and Pacific History and Professor of Ethnic Studies at the University of Oregon, where she taught classes on the history of race, gender, and sexuality and the history of the U.S. West.  Her most recent book, What Comes Naturally: Miscegenation Law and the Making of Race is America (Oxford University Press, 2009) won two awards from the Organization of American Historians: the Lawrence Levine Prize for the best book on American cultural history, and the Ellis Hawley Prize for the best book on political economy or American institutions.  Dr. Pascoe died in her home in Eugene, Oregon on July 23, 2010.

Mildred Loving always insisted she was no civil rights pioneer, but Loving. v. Virginia, the 1967 Supreme Court case that bears her name, established the legal right to interracial marriage across the United States. In memory of Mildred Loving, who died on May 2, 2008, … END_OF_DOCUMENT_TOKEN_TO_BE_REPLACED