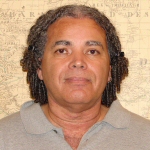 Born in Columbus, Ohio, raised in the Los Angeles area of Southern California, Darrell Millner graduated from California State Polytechnic University, Pomona, with a degree in English. He taught English and Literature classes at Cal Poly until the summer of 1970 when he moved to Eugene, Oregon. Five years later he graduated from the University of Oregon with a doctorate in Education. Hired to teach Afro-American Literature and History at the Black Studies Department at Portland State University in 1975, Dr. Millner served as the Department Chair between 1984 and 1995. Currently he is a Full Professor and serves on numerous local, regional and national boards.

Dr. Millner is an expert on the history of African-Americans in the western movement with a special focus on York, the black slave of William Clark, co-leader of the Lewis and Clark Expedition; the Oregon and California trail experiences; early Oregon and California Black history; and the history of the Black Buffalo Soldiers in the Indians Wars. He is also an expert on Black cinema history and the development and perpetuation of negative racial stereotypes.

Millner has served as the Director of Multi-cultural education for the Portland Public Schools and has an extensive background in teacher training and curriculum development for inner city schools and disadvantaged youth.

The lawsuit filed by Robin and Polly Holmes against Nathaniel Ford in 1852 is often cited as the legal event that ended slavery in Oregon. This is not accurate. Legally, Oregon was anti-slavery throughout the antebellum period. The provisional government prohibited slavery in 1843; the … END_OF_DOCUMENT_TOKEN_TO_BE_REPLACED