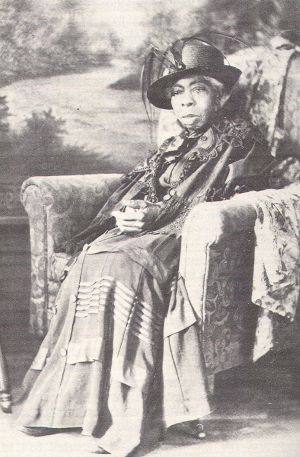 The lawsuit filed by Robin and Polly Holmes against Nathaniel Ford in 1852 is often cited as the legal event that ended slavery in Oregon. This is not accurate. Legally, Oregon was anti-slavery throughout the antebellum period. The provisional government prohibited slavery in 1843; the territorial government did so in 1848. Finally, Oregonians included an anti-slavery article in the 1857 statehood constitution. The Holmes v. Ford case represented one battlefield in a long simmering conflict over slavery in Oregon.

Nathaniel Ford had acquired the Holmes family as slaves while sheriff of Howard County, Missouri in 1841. According to Holmes’s court filing, Ford promised to grant freedom to the family if they helped him open a farm in Oregon in 1844. Ford’s counter filing denied such an agreement. Once in Oregon, Ford continued to hold the family until 1849.

According to Ford, Holmes agreed to work for Ford’s son in the California gold fields in 1849 and upon his return was set free with his wife Polly and infant son. Ford further claimed that Holmes agreed to leave his other three children with Ford as “wards” to compensate for his support of the family in previous years. Holmes denied any such agreement and claimed Ford illegally held his children, Mary Jane, Roxanna, and a third, child, James, as slaves and planned to sell them in Missouri under the Fugitive Slave Act of 1850. James died soon after being separated from his parents and Robin and Polly Holmes blamed Ford for his death.  Ironically, publication in 1930 of a Ford letter confirmed his intention to keep the Holmes children as slaves and eventually sell them.

Chief Justice George Williams of the Oregon Territorial Supreme Court heard the case on July 13, 1853 and shortly thereafter awarded the surviving children, Mary Jane,and Roxanna, to their parents. His ruling never mentioned slavery. Oregon’s anti-slavery prohibitions should not be misconstrued as sympathy for blacks. There was a simultaneous effort to legally exclude all blacks, slave or free, from the area and to create a free soil white homeland in Oregon.