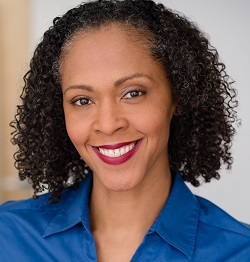 Michelle Flowers-Taylor, Ed.D., is an educator and media producer who has produced high-impact media and interactive educational game-based content for universities and the U.S. and U.K. military forces. Her work has garnered the U.S. Distance Learning Award for the Virtual Cultural Awareness Trainer, which is currently used to train military forces in over 20 countries around the world.

With a passion for social justice, Dr. Flowers-Taylor conducted her doctoral research on the strategies that academically high-achieving African American female college students developed to be successful. Shortly after defending her dissertation, Dr. Flowers-Taylor raised $1.1 million to launch the Institute of Engineering Community and Cultural Competence (IEC3) at the University of Southern California (USC) where she created a new learning model aimed at empowering girls of color to maximize their success in STEM-related education. Grounded in Dr. Flowers-Taylor’s research, IEC3’s programs and relevant initiatives provide culturally-relevant science, technology, engineering, and math problem-based learning to middle-school aged girls from underserved communities.

Dr. Flowers-Taylor is currently working on producing a documentary on urban redevelopment in San Francisco and its impact on a once-vibrant African American community in the historic Fillmore district. The documentary follows the efforts that one dedicated community group is leading to reclaim and restore the economic vibrancy of its residents and neighbors.

Synthia SAINT JAMES minidoc Born on February 11, 1949 in Los Angeles, California, Synthia SAINT JAMES is a self-taught multimedia visual artist, author, and educator who is known for her multicultural figurative paintings. Her paintings have graced the covers of over 75 books including the … END_OF_DOCUMENT_TOKEN_TO_BE_REPLACED
Scroll Up