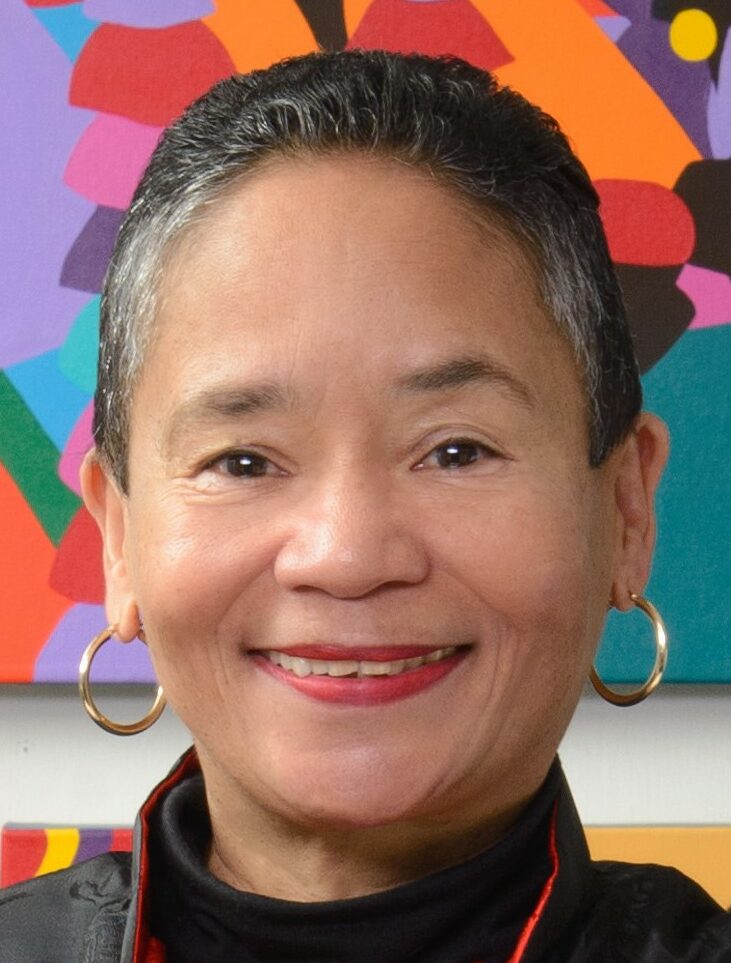 Born on February 11, 1949 in Los Angeles, California, Synthia SAINT JAMES is a self-taught multimedia visual artist, author, and educator who is known for her multicultural figurative paintings. Her paintings have graced the covers of over 75 books including the original international cover art for Terry McMillan’s Waiting to Exhale (1992), Iyanla Vanzant’s Acts of Faith (1993) and Faith in the Valley (1996), 17 children’s books, as well as several poetry and affirmation books.

Among her many public installations and commissions, she is also celebrated for her United States Postal Service (USPS) stamp designs including the first Kwanzaa Commemorative Stamp in 1997. The USPS printed 318 million of these stamps with SAINT JAMES’s illustrations on the 32, 33, 34, and 37 cents stamps. She also designed the 2016 Forever Kwanzaa Stamp celebrating the 50th anniversary of the Kwanzaa holiday begun by Maulana Karenga, the leader of the U.S. movement in 1966.

Starting in 1990s the United States State Department has requested that the artwork of Synthia SAINT JAMES be included in the interior design of U.S. embassies and official ambassador residences through the Art in Embassies Program. A partial list of the embassies that hold her works includes the U.S Embassies in Caracas, Venezuela; Accra, Ghana; Abidjan, Cote d’Ivoire; Abuja, Nigeria; Kinshasa, Democratic Republic of the Congo; Asmara, Eritrea; Singapore, the capital of the nation of Singapore; Lome, Togo; Valleta, Malta; and Juba, South Sudan.

SAINT JAMES received an honorary doctorate (Doctor of Humane Letters) from Saint Augustine’s University, Raleigh, North Carolina, on May 8, 2010. Today, she lectures and conducts master classes and workshops at colleges and universities around the world.