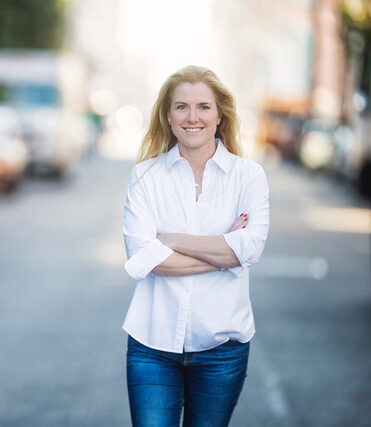 Margaret O’Mara is Professor and the Scott and Dorothy Bullitt Chair of American History at the University of Washington, where she writes and teaches about the political and economic history of the modern United States.

O’Mara is the author of two acclaimed books about the modern American technology industry: The Code: Silicon Valley and the Remaking of America (Penguin Press, 2019) and Cities of Knowledge: Cold War Science and the Search For The Next Silicon Valley (Princeton, 2005). She also is a historian of the American presidency and author of Pivotal Tuesdays: Four Elections that Shaped the Twentieth Century (Penn Press, 2015). She is a coauthor, with David Kennedy and Lizabeth Cohen, of the widely used United States history college textbook, The American Pageant (Cengage).

O’Mara’s writing has appeared in The New York Times, The Washington Post, WIRED, MIT Technology Review, The American Prospect, and other major national and international publications. She is an OAH Distinguished Lecturer and a past fellow of the Center for Advanced Study in the Behavioral Sciences, the American Council of Learned Societies, and the National Forum on the Future of Liberal Education. She received her MA/PhD from the University of Pennsylvania, her BA from Northwestern University, and is an alumna of Little Rock Central High School. Prior to her academic career, she served in the Clinton Administration, working on economic and social policy in the White House and in the U.S. Department of Health and Human Services.

On August 22, 1996, President Bill Clinton signed the Personal Responsibility and Work Opportunity Act which ushered in the most sweeping changes in the welfare system since its adoption as part of the Social Security Act of 1935. In the following account, former White House … END_OF_DOCUMENT_TOKEN_TO_BE_REPLACED