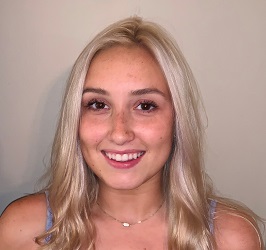 Madeleine Joel was born on July 7th, 2001, in Houston, Texas. She is the daughter of Ted Joel and Kirsten Joel, two foreign immigrants. Ted Joel traveled to the United States from Essex, England, and Kirsten Joel traveled from Hong Kong but is originally from Sydney, Australia. Madeleine is the younger sister of Ben Joel, who was born on April 26th, 1998. At the age of 6, Madeleine Joel moved to south Houston to a place called Missouri City, Texas. She attended first grade at Scanlan Oaks Elementary, then progressed to Baines Middle School and Ridge Point High School. Madeleine is now a Sophomore at Texas A&M University, and she studies Technology Management.

John Johnson, who is described as Lincoln, Nebraska’s long-forgotten photographer, was well known for his photography of the African American Community of his time. Johnson was born in Lincoln in 1879, the son of enslaved people. Johnson’s father was a Civil War veteran and his … END_OF_DOCUMENT_TOKEN_TO_BE_REPLACED