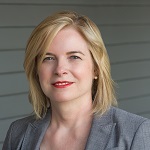 Ms. Jones graduated from the University of Washington with a double major in Editorial Journalism, Political Science and a minor in Women’s Studies, she earned a Master of Fine Arts in Creative Non Fiction from Antioch University, Los Angeles and attended Seattle University School of Law where she earned her Juris Doctorate cum laude. After law school, she clerked for Justice Charles Johnson at the Washington Supreme Court.  During law school, she externed for The Honorable Mary Yu at King County Superior Court. Ms. Jones is an appointee to the Criminal Justice Act Panel for the Ninth Circuit, President of the Federal Bar Association for the Western District of Washington and serves on the Legislative Committee for Washington Association of Criminal Defense Lawyers.  Ms. Jones is an invited member of the William Dwyer Inn of Court and currently serves on the board as the President-elect.  She was named a Super Lawyer in 2018 and a Rising Star consecutively for the last eight years by Washington Law & Politics Magazine. Ms. Jones concentrates her law practice on civil and criminal appeals, including constitutional and criminal cases in federal and state courts. Her experience includes appeals in the Ninth Circuit Court of Appeals, the Supreme Court of Washington, and the various courts of appeal in Washington. Before law school after she completed her undergraduate studies, Ms. Jones worked as a political newspaper journalist and, among other things, covered the Washington State legislature for the Spokesman Review in the newspaper’s Olympia bureau.