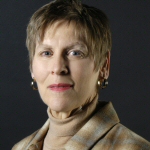 Moya Hansen focused her graduate studies at the University of Colorado at Denver on Denver’s African American population and the Five Points area. As a long-time staff member of the Colorado Historical Society, she implemented the organization’s African American Advisory Council in 1992 and was project director for It’s Jazz!: Black Musicians in Colorado, 1890 – 1950 and Buffalo Soldiers West. Her participation in the series of videos produced by the Alice G. Reynolds Memorial Fund on the activities of Denver’s Congress on Racial Equality has acquainted her with Denverites’ efforts to integrate the community and promote racial equality in the 1960s.

Paul W. Stewart, founder of the Black American West Museum, grew up in Iowa playing cowboys and Indians with his friends who always made him play an Indian.  They assured him that there were no black cowboys and thus he had to play the role … END_OF_DOCUMENT_TOKEN_TO_BE_REPLACED

Born in 1822 to a Virginia slave and a white plantation owner, Barney L. Ford grew up in South Carolina where he learned to read and write from another servant. Ford escaped slavery at age twenty-six when his master hired him out to work on … END_OF_DOCUMENT_TOKEN_TO_BE_REPLACED