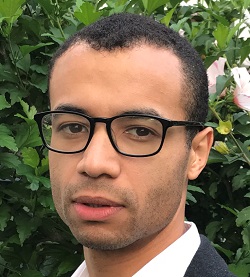 Currently, he attends the University of Notre Dame where he is pursuing a doctoral degree in History. Dawson studies African subject formation in colonial Latin America. He is interested in the varied experiences this group had with the Catholic religion as an institutional and spiritual reality. By studying these intriguing processes he hopes to gain insights into African subject formation in the late 16th and early 17th centuries. Beyond these initial concerns, he is intrigued by how diasporic identity formation can be analyzed to better understand the successes and failures of multicultural projects. He argues that it is fascinating how these concepts can be studied in an ‘early modern’ context while still bearing extraordinary relevance today as we all are affected by dominant narratives, locating sites of solidarity, and grappling with ‘the other.’