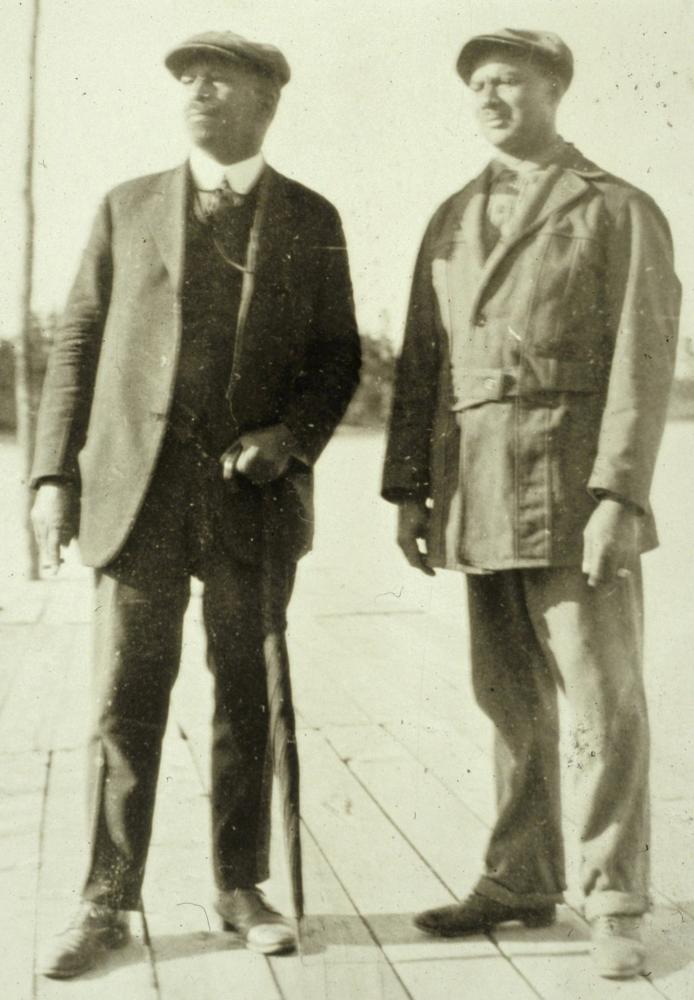 Woodland Park, Michigan was a small resort established by Marion E. Auther, a black Ohio businessman and leading salesman for the Idlewild Resort Company, the same company that developed the much more famous Idlewild resort.  Woodland Park began when the Brookings Lumber Company sold the remnants of its old lumbering village in Newaygo County.  The site, 15 miles south of Idlewild and 37 miles north of Grand Rapids, was first put up for sale in 1920.  Marion and his wife Ella Auther used earnings from commissions on the lots they sold at Idlewild to make a down payment on the village’s 200 acre lake.  By 1921, the Authers purchased most of the Brooking Lumber Company’s parcels but still lacked enough money to finalize the deal.  Wilbur Lemon, a white businessman from Chicago, Illinois and one of the founders of the Idlewild Resort Company, aided them by purchasing the last remaining Brookings parcel.  This allowed the Authers to launch their new resort and rename it Woodland Park.

Woodland Park, located in the northwest corner of Newaygo County, was like most black resorts: established to provide a place of rest and relaxation for middle class African Americans.  The Authers hoped to capitalize on this market by selling lots to those who would build homes.  They assumed that the first customers would be from Michigan and the Upper Midwest.  In fact it was Mattie Keller, an enterprising middle aged black woman from Atlanta, Georgia who purchased the first lot.  She settled in Woodland Park in 1922 and opened its first store and gas station.  She also eventually opened and operated two of the resort’s four main hotels.

The Authers also invested heavily in the community.  They built a structure in 1922 that served multiple purposes over the years.  It was, in turn, a hotel, realty office, community center, church, and on occasion a funeral parlor.  By 1933 the couple renovated the building, converting it into a combination tavern, café, and convenience store.  They called the building Pine Cone Tavern.

In 1923 they opened the community’s premier resort accommodation, the Royal Breeze Hotel.  Located near Woodland Lake, the hotel and clubhouse provided evening entertainment and summer fun.  While the lake offered unlimited swimming and sailing opportunities during the day, the hotel provided 50 guest suites, a parlor, a formal dining room, a service kitchen, a game room, a furnished wrap-around screened porch, and three separate rental cottages.

Like Idlewild, Woodland Park has a seasonal and year-round population, although it never developed a nightclub scene that drew thousands of people, nor was it well known among prominent African Americans across the nation.  Nonetheless, Woodland Park declined like other all-black resorts following the civil rights movement, which opened previously all-white facilities to African Americans.

Today only about 50 families live in Woodland Park as year-round residents.  These residents strive to preserve the history of this once-prosperous resort community while enjoying the amenities of rural living in Central Michigan.