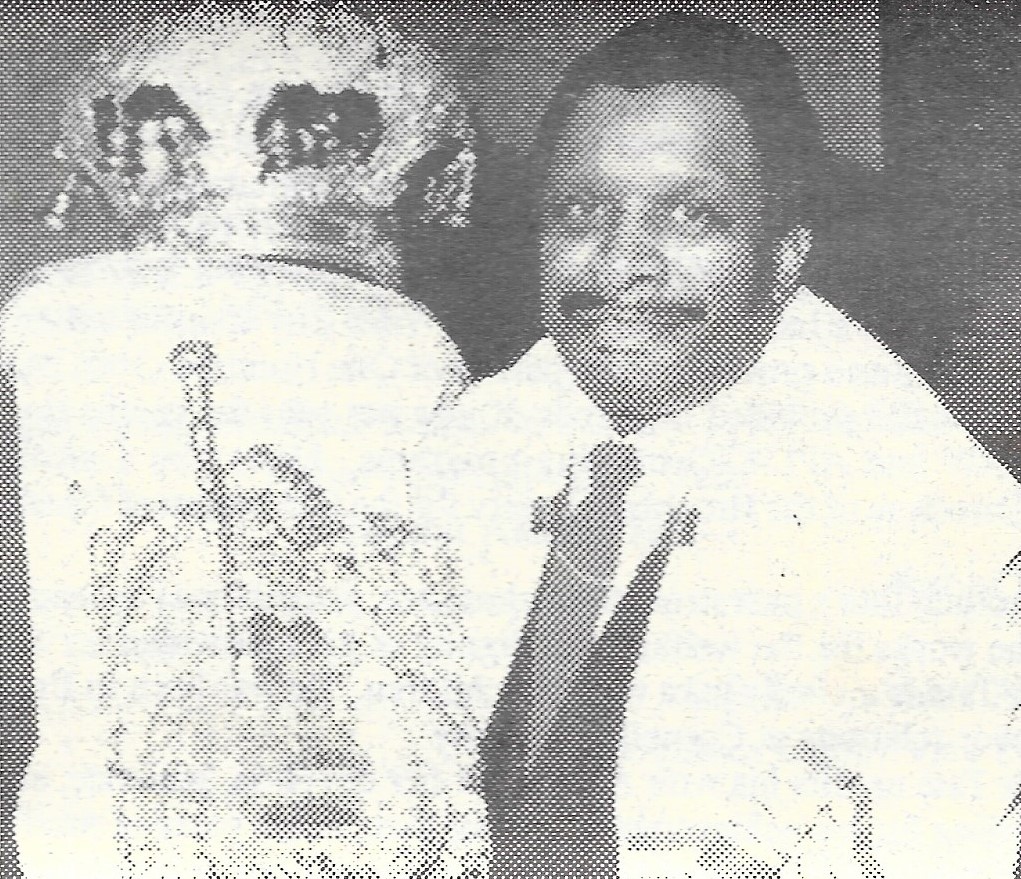 William Raphael Tate was a labor movement leader and a rabbi of the Beth Shalom Congregation in Brooklyn, New York. Born September 9, 1930, and raised in Brooklyn, Tate enlisted in the New York National Guard in the late 1940s and later studied labor relations at Cornell University. He married Jeanette Ruth Gupton in 1948, and the Tates would go on to raise six children.

Tate’s labor movement leadership included as Vice President and Trustee of Local 805 Teamster Union, AFL-CIO, and Senior Vice President of District 65, United Automobile Workers of America. Further, Tate was a founding officer of the Coalition of Black Trade Unionists and President of Tri-State Region I (New York, New Jersey, and Connecticut). He served on the Board of Directors of the Bedford-Stuyvesant Restoration Corporation in Brooklyn and the Brooklyn Society for the Prevention of Cruelty to Children. In addition, Tate was Chairperson of One Hundred Blackmen of Brooklyn and established The Martin Luther King/OSMAN Fund. He was also a member of NAACP-LIFE, SCLC, PUSH, Young Israel, Lion’s International, and the New York City Central Labor Council.

Tate was raised Christian; however, meeting Israelite Ishmael Cohen at 18 impacted his life significantly, leading to his eventual conversion to Judaism. Tate and his wife became Jewish in 1952. They did not go through the formal halakhic (“by the Jewish law”) conversion process required by Orthodox Jews.

In 1997, Tate was ordained a rabbi. The BSHC website honors Rabbi Tate as one of their “great past ancestors.” The International Israelite Board of Rabbis, where he was active for several years, lists him as one of their “Rabbis of Blessed Memory.”

Tate considered knowledge of Hebrew a critical aspect of his culture and beliefs. Although he never mastered Hebrew, he was very proud that his children and grandchildren did. One of his daughters married a Hasidic Jew (a sect of ultra-Orthodox Judaism), and his grandchildren attended a yeshiva (an orthodox Jewish school). Despite their orthodoxy, Tate said they had “been through hell” due to racism in the white Jewish community.

As a Black Israelite, Tate experienced tension between his Jewish and Black identities. Sociologist Bruce Haynes observed Tate’s frustration with white Jews and “their reluctance to fully embrace him as a fellow Jew.” Tate wrote, “it is extremely disconcerting that we are always questioned, and there is a question as to whether we should be considered as Jews or a part of the nation of Israel by the white Jews.” Another time Tate remarked, “The color of your skin shouldn’t determine whether you’re Jewish or not.”

Rabbi Tate died on August 26, 2003. Over 600 Christians, Muslims, and Jews attended his funeral in Brooklyn. Tate is buried in the Ethiopian Hebrew section of the Mount Moriah Cemetery in New Jersey.