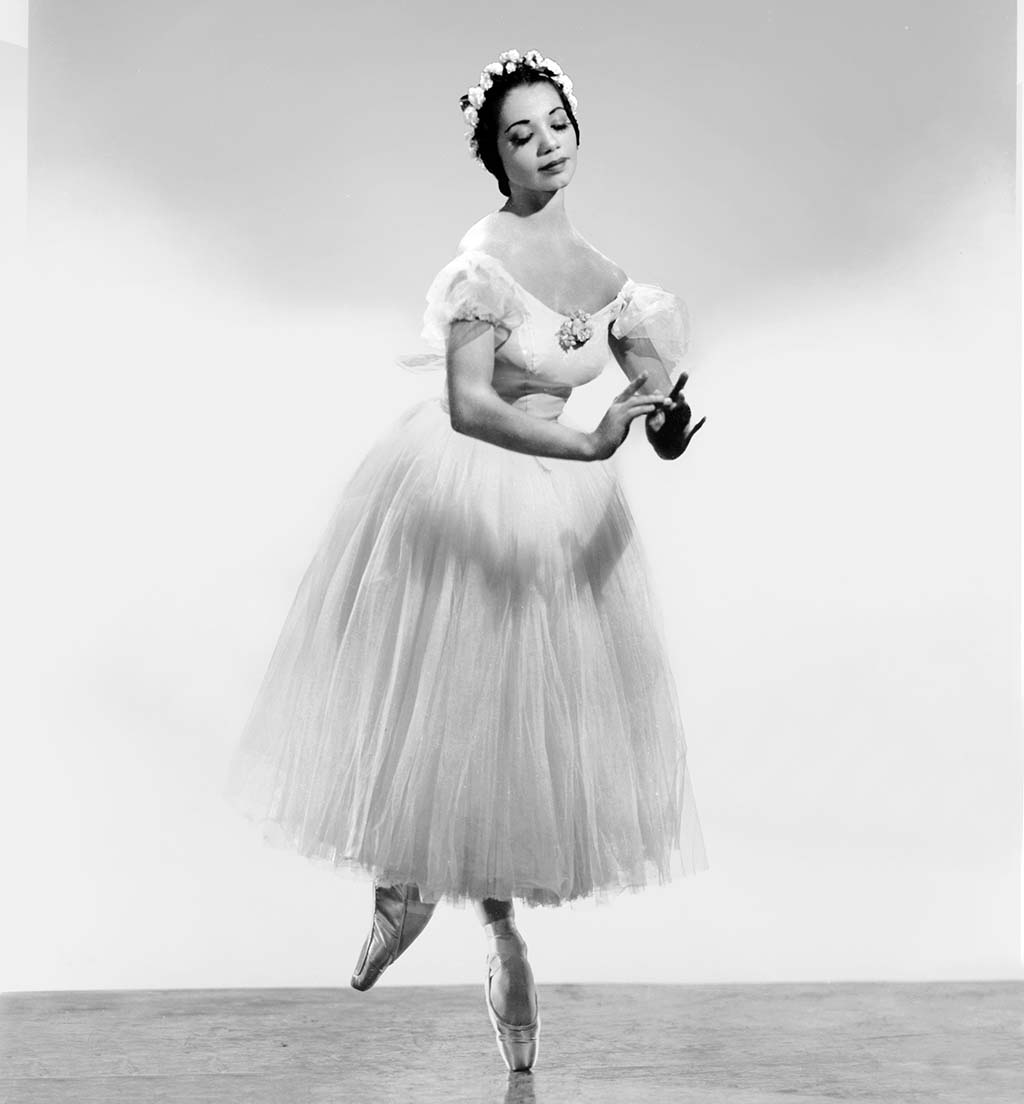 In August 1955 at the age of 20, Raven Wilkinson became the first African American woman to receive a contract to dance full time with a major ballet company, the Ballet Russe de Monte Carlo of New York City. She was promoted to soloist during her second season with the troupe, and remained with the company for six years.

Wilkinson had been a fan of ballet since the age of five. On her ninth birthday an uncle gave her the gift of ballet lessons to the Swoboda School (later known as the Ballet Russe School) where she studied under the direction of well-known dancers from Russia’s Bolshoi Theatre. She later transferred to the Professional Children’s School in the Bronx where she continued her training, remaining there through her last two years of high school. Madame Ludmilla Shollar, formerly associated with the St. Petersburg Imperial Russian Ballet, also gave Wilkinson private classes in technique.

Seeking to become a professional dancer, Wilkinson first auditioned for a position with the Ballet Russe de Monte Carlo in 1954. Twice she was rejected but Wilkinson persevered. On her third try, Sergei Denham, the company’s director, informed her that she would be accepted into the Company.

Performing with the company also meant, as Wilkerson soon discovered, touring throughout the U.S., including the still racially-segregated South. Wilkinson had pale skin, and in order to perform with the Company in the South, she was asked not to publicize her race. Additionally Wilkinson often had to wear white makeup onstage to conceal her racial identity. In 1957, the owner of a hotel in Atlanta asked Wilkinson if she was black. When she refused to lie, she was barred from staying at the hotel with the rest of the company. During the same tour, two members of the Ku Klux Klan bolted on stage, interrupting a performance in Montgomery, Alabama, asking “Where’s the nigra?” When none of the Company members responded to them, the men left. Nonetheless, as word of Wilkinson’s racial identity became generally known, she was not allowed to participate in performances in southern cities partly to ensure her own safety.

In 1961, Wilkinson left the Ballet Russe Company and was never hired by another American ballet company again.

For seven months in 1963 Wilkinson, a devout Catholic, joined a convent in Font de Lac, Wisconsin. In 1966, Wilkinson got a soloist contract with the Dutch National Ballet, where she stayed for seven years. In 1973, Wilkinson returned to the United States where, between 1974 and 1985, she performed with the New York City Opera as an extra dancer.