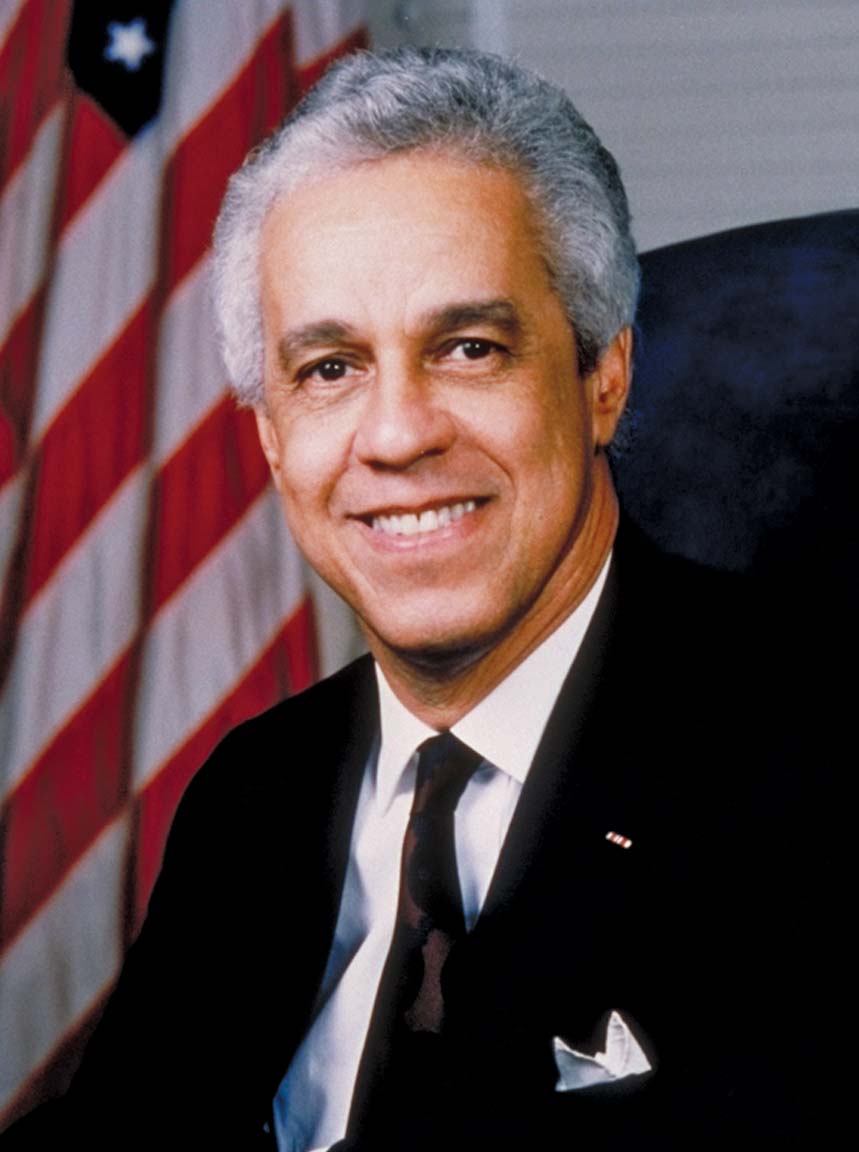 Born in Richmond, Virginia on January 17, 1931, Lawrence Douglas Wilder was the first African American to be elected governor in the United States of America. For four years Wilder served as the governor of Virginia (1990-1994) after previously serving as Lt. Governor of the state from 1986 to 1990.  He later served as mayor of Richmond, Virginia.

Wilder began his education in a racially segregated elementary school, George Mason Elementary, and attended all-black Armstrong High School in Richmond.  In 1951 he received a degree in chemistry from Virginia Union University in his hometown.  After college, Wilder joined the United States Army and served in the Korean War, where he earned a Bronze Star for heroism. After the war, Wilder worked in the Virginia state medical examiner’s office as a chemist. Using the G.I. Bill, Wilder graduated from Howard University Law School in 1959 and soon afterwards established Wilder, Gregory and Associates.

In 1969 Wilder entered politics, winning a seat in the Virginia State Senate during a special election.  Wilder became the first African American state senator in Virginia since Reconstruction. He spent the next sixteen years in the Virginia Senate before being elected Lieutenant Governor in 1985.  Four years later Wilder won the Virginia Governorship and was inaugurated on January 13, four days before his 58th birthday.

During his tenure as governor Wilder granted a controversial pardon to basketball star Allen Iverson, a popular high school basketball player who was accused of assaulting a woman.  Although Wilder was not persuaded by the evidence presented in the case, many people in Virginia felt his decision was racially motivated.  Wilder, however, also presided over fourteen executions in the state.  Barred from running for a second term, Wilder left the governor’s office in January 1994.

Although a Democrat for most of his career, Wilder developed a reputation as a law and order fiscal conservative, a position that appealed to many conservative voters in Virginia.  He also publicly sparred with fellow Democrat Senator Chuck Robb, and supported Republican Mark Early for the U.S. Senate. When he left office in 1994 Wilder declared himself an independent.

In 2004, L. Douglas Wilder returned to politics and was elected Mayor of Richmond with 79% of the vote.  He became the first directly elected mayor of Richmond in sixty years.  Wilder is a member of Sigma Pi Phi Fraternity.