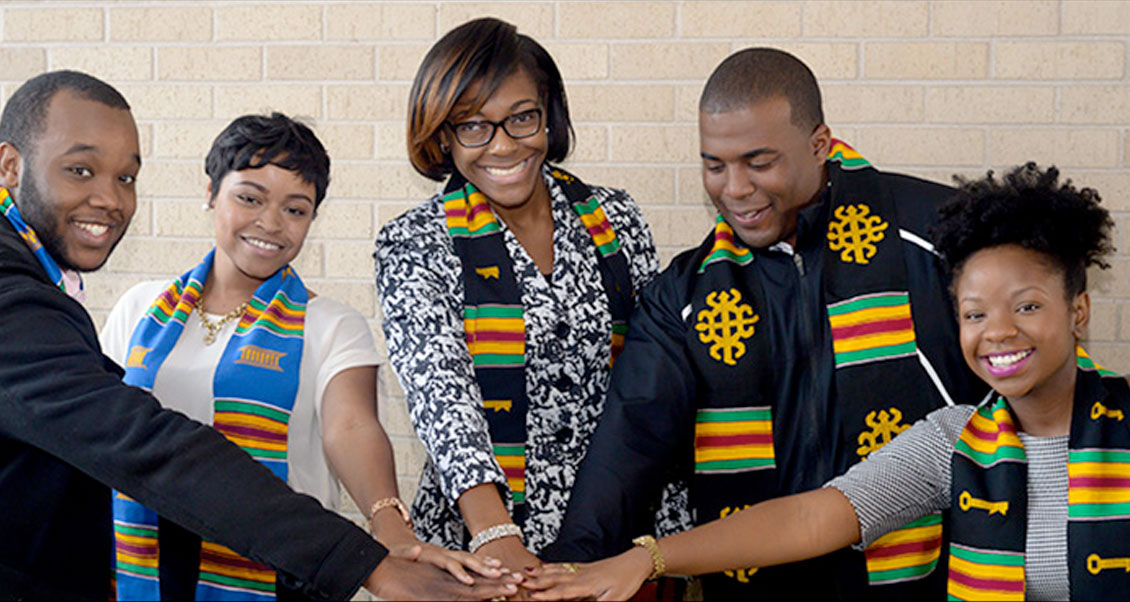 In the 1971 Woody Allen film, “Bananas,” a fellow employee asks Allen’s character, “What would you have been if you finished school?”  Allen’s character answers, “I was in the black studies program. By now I could have been black.”  Allen’s attempted humorous jab at early black studies majors stands in sharp contrast to Robert Fikes’ 2015 compilation of more than 500 African American majors and their current occupations which now include a number of prominent physicians, attorneys, scientists, actors, artists, writers, entrepreneurs, rabbis, government officials, university presidents, and a Pulitzer Prize winner. These folks certainly learned that a black studies degree guarantees more than just learning to be “black.”  In fact, a number of the people listed are not African American. Fikes’ introductory commentary and the entire list of over 500 prominent and successful black studies graduates appears below.

The interdisciplinary field of Blacks Studies—alternatively called African American Studies, Afro-American Studies, Africana Studies, Pan African Studies, or Black World Studies, depending on the school where it is offered—is a relative newcomer on the academic scene and its proponents have had to defend its theoretical underpinnings and practicality, something which the traditional liberal arts fields are also challenged to do but not to the same extent. Since the establishment of the nation’s first Black Studies department in 1968 at San Francisco State University, and despite the wide acceptance and institutionalization of Black Studies in academia, there still remains the nagging question about its ability to produce outstanding citizens equal in quality to individuals who as undergraduates majored in, say, history or English or art. Black Studies has now been around long enough to notice its handiwork: men and women constructively contributing to society, employed in a wide variety of professions.

It is a difficult task to compile a list of noteworthy people who majored in Black Studies because there are so many who could easily qualify. This list merely scratches the surface. Black Studies attracts a broad spectrum of interested scholars. Not only persons of African descent, but also persons of European, Asian, Latino, Middle Eastern, and Native American descent are represented in the list. Some of those mentioned are virtually household names or have received considerable local or regional attention.  It is interesting to note which schools have produced large numbers of high achievers on the list, and rather surprising to learn that many medical professionals first earned degrees in Black Studies.  Professions range from A (Astronaut) to Z (Zoo administrator). In short, the answer to those asking what can a person do with a Black Studies major is simple: Anything!

Most of the entries contain a one-sentence summary of the person’s occupation, the type of degree obtained in Black Studies, and additional (usually graduate) degrees in other disciplines which the person was granted.

Johnnie Allen…….Health Equity Coordination, Ohio Department of Health; former President of the Board of Directors of Health Promotion and Education (DHPE).  B.A., B.S., The College of Wooster. MPH, Tulane University.

Thomas A. Gondre-Lewis……Program and project officer at the National Institute of Allergy and Infectious Diseases.  B.A., Oberlin College. Ph.D. in microbiology and immunology at Virginia Commonwealth University School of Medicine.

Mae Jemison…….Astronaut. Rocketed into space aboard the shuttle Endeavor in 1992 as a mission specialist. B.A. in Afro-American Studies and B.S. in chemical engineering both at Stanford University. M.D., Cornell University School of Medicine.

Sara Bennett…….Law assistant in the Office of the Attorney General, State of New Jersey. M.A., Columbia University. M.S.W. and J.D. at Rutgers University.

Alyce Lee…….Boston Mayor Thomas Menino’s Chief of Staff . Board member of the Boston Museum, trustee of the University of Massachusetts. B.A., Wesleyan University.

Peter Shapiro…….Chairman of the Prince Georges (Virginia) County Council.  A Truman Scholar, in 2013 he was appointed the county’s revenue authority director. B.A., University of Maryland.

Kelvin Simmons……. Head of the Office of Administration for the state of Kansas. Former 2-term Kansas City Councilman. Chairman of the Missouri Public Service Commission.  B.A., University of Missouri-Columbia.

Rochelle Brown…….Television producer-author and co-owner of Powerhous Productions. Producer of the top-rated show “Emeril Live” and other popular shows on the Food Network.  B.A., Rutgers University.

Monica Dillingham…….Director of Information Technology for the National Association of College and University Business Officers (NACUBO). B.A., University of Maryland.

Maya Lake…….Owner of Boxing Kitten, a fashion and apparel company whose clothing has been worn by Beyonce, Rihana, Alicia Keyes, Erykah Badu, and others. B.A., Wesleyan University.

Angela Bassett…….Actress. Winner of the Golden Globe Award for Best Actress in 1994 and an Oscar nominee for the movie “What’s Love Got To Do With It.”  B.A., Yale University. M.A., Drama, Yale University.

Julius Brewster-Cotton…….Professional dancer with the El Taller Coreografico in Mexico City, Mexico. Formerly with the Dayton (Ohio) Contemporary Dance Company. He was an Arts Commissioner for the city of Centerville, Ohio.  B.A., Southern Methodist University.

Rody Chiong…….Actor and musician. Has appeared in Hollywood movies, plays, and accompanied Sania Twain and Celine Dion with his violin and fiddle.  B.A., Indiana University.

Andre De Shields…….Actor, director, narrator, labor union activist, adjunct professor. Has appeared in a number of movies, television shows, and stage shows. He has won an Emmy and been nominated for a Tony Award. Has honorary Doctor of Fine Arts from the University of Wisconsin. M.A., New York University.

Sonja Eddy…….Actress who plays Epiphany Johnson on TV’s “General Hospital,” numerous other
TV roles, also roles in the musicals “Into the Woods” and “South Pacific.” B.A., University of California at Davis.

Sanaa Lathan…….Award-winning Hollywood actress. Played the female lead role in the movie “Out of Time’ (2003) starring Denzel Washington and has appeared in episodes of television’s “Nip/Tuck.”  B.A., UC-Berkeley. M.A., Yale School of Drama.

Jim Barry…….Artist and art lecturer at the California Institute of Technology.  B.A., University of California-Santa Barbara, 1986.

Jessica Bellamy…….Graphic Designer at GRID, a graphic design firm in Louisville, Kentucky. B.A., B.A. in drawing and B.F.A. in graphic design, all three degrees at University of Louisville.

Ava DuVernay…….Filmmaker. Director of the movie “Selma” (2015). Owner of The DuVernay Agency, a marketing and PR firm.  B.A., UCLA.

Thelma Golden…….Art museum director. Director and Chief Curator at the Studio Museum in Harlem. She has contributed to books and articles on American art.  B.A., Smith College.

Danielle Evans…….Winner of the 2011 PEN/Robert W. Bingham Prize for the short story collection Before You Suffocate Your Own Fool Self (Riverhead Books).

Gloria Naylor…….Novelist. Winner of the prestigious National Book Award in 1983 for The Women of Brewster Place (Viking Press). Guggenheim Fellow and National  Endowment Fellow. She has taught at Penn, Cornell, and the University of Kent (England). Established her own multi-media production company.  M.A., Yale University, 1983.

Lewis Chitengwa…….Professional Golfer who, in 1993 became the first black African (Zimbabwean) to win the South African Amateur Championship. The Lewis Chitengwa Foundation and the $100,000 Canadian Golf Tour’s Lewis Chitengwa Memorial Championship was established in his honor after his untimely death at age 26 in 2001.  B.A., University of Virginia.

Dorothy Gators…….High school athletic director. As head coach of the girl’s basketball team at Marshall High Scholl in Chicago she has won 8 state championships and has over 900 career victories.  M.A., Governor’s State University.

Christopher A. Bracey…….Law professor at Washington University where he is also Senior Associate Dean for Academic Affairs. Has published in the Harvard Law Review, among others.  B.S., University of North Carolina. J.D., Harvard University.

Rae Linda Brown…….Associate Provost for Undergraduate Education and Professor of Music at Loyola Marymount University. M.A. in African American Studies and Ph.D. in musicology, both from Yale University.

Sean T. Buffington…….President and CEO of The University of the Arts in Philadelphia (enrollment 2,300).  B.A., Harvard University. M.A., University of Michigan.

Kelley F. Deetz…….History professor at the University of California at Berkeley. B.A., The College of William and Mary. Ph.D. in history, UC-Berkeley.

Eric V. Gravenberg…..Interim President of the College of Alameda. Currently Vice President of Students at Merritt College. B.A. and M.P.A. at California State University at Chico.

Ollie A. Johnson III…….Political scientist at Wayne State University. Author of the book Brazilian Party Politics and the Coup of 1964 (University of Florida Press, 2001). B.A., Brown University. Ph.D., University of California at Berkeley.

Chana Kai Lee…….Associate Professor of History at the University of Georgia. Her award winning book is For Freedom’s Sake: The Life of Fannie Lou Hamer (1999).  B.A., University of California-Berkeley. Ph.D., UCLA.

Haipeng Li…….Head Librarian at Hong Kong Baptist University. Born in the Chinese Province of Jilin, he was previously a reference librarian at Oberlin College.  M.A., University of Mississippi.

Jennifer E. Obidah…….Dean of the Faculty of the Humanities and Education at the University of West Indies. Also, Director of the Education Evaluation Centre. M.A., Yale University. Ph.D. in education at UC-Berkeley.

Pamela B. Organista…….Professor and Chair of Psychology at the University of San Francisco.  B.A., Washington University. Ph.D., Arizona State University.

Deborah Petitto…….Principal and founder of The Arlington School in Birmingham. B.A., Boston University. M.Ed., University of Alabama at Birmingham.

Besinia Rodriguez…….Associate Dean of the College at Brown University, Secretary of the Board of the Latino Policy Institute at Roger Williams University. B.A., Brown University. M.A. and Ph.D., Yale University (all degrees in African American Studies).

Richard Smith…….Director of the Liberty Partnerships Program serving 5th  through 12th grade students in the Schenectady City School District (New York). M.A. in Africana Studies and Ph.D. in social welfare both at SUNY-Albany.

Tiffany Black…….Head of Social Engagement and Content Network at Ebay. Former editorial producer for InStyle.com. At age 23, she was an online editor of the Philadelphia Inquirer.  B.A., University of North Carolina.

James T. Campbell…….Editorial writer and reader representative for the Houston Chronicle. Former director of the Press Club of Houston.  B.A., University of Houston.

Kim Melton…….Communications director Stand For Children Oregon in the Portland, Oregon. For seven years was education and politics reporter for The Oregonian, the area’s premier newspaper. B.A., Stanford University. M.A. in journalism, University of California at Berkeley.

Pearl Stewart…….Professor and founder of Black College Wire. In 1992 she became the first black female to become editor of a major daily newspaper, the Oakland Tribune.  B.A., Howard University.

Khafre K. Abif…….Founder and Executive Director of Cycle for Freedom, a nonprofit helping people to fight against the spread of HIV/AIDS in African American and Latino communities. B.A. and M.I.L.S. at the University of Pittsburgh.

Christine Colouro…….Founder and Chair of the board of Building Hope For Africa (BHA). B.A., University of California at Santa Barbara.

Katherine Kennedy…….Was Executive Director of the San Francisco office of the Summer Search Foundation which identifies at-risk youth and shows them a way to a better future.  B.A., University of Pennsylvania.

Brian J. Kreiter…….Co-founder of the National Student Partnership. Winner of the Samuel S. Beard Award for Greatest Public Service by an Individual 35 or Under.  B.A., Yale University. MBA, Harvard University.

Portia Allen-Kyle…….Member of the Board of Directors of the Urban Resource Institute which supports social services for the poor, disabled, and the addicted in New York City. B.A., Wellesley College. M.A., Columbia University (both degrees in African American Studies).

Maureen E. Lee…….Executive Director of the Black History Museum and Cultural Center of Virginia.  M.A. in African American Studies and Ph.D. in humanities, both at Clark Atlanta University.

Nikki Silvestri…….Environmentalist, President of Green For All. M.A., University of California at Los Angeles.

Jaryd Spann……Business coordinator for Moveable Feast, providing meals to Maryland’s poor. B.A. and M.A. both in Afro-American Studies at University of Wisconsin-Madison.

Fikes, R. (2016, October 27). What Can I Do with A Black Studies Major? Five Hundred Answers Provided by Robert Fikes, Jr.. BlackPast.org. https://www.blackpast.org/african-american-history/what-can-i-do-black-studies-major-five-hundred-answers-provided-robert-fikes-jr/

Robert Fikes, Jr., What Can I Do with A Black Studies Major—Five Hundred + Answers (San Diego: Privately Printed, 2015).