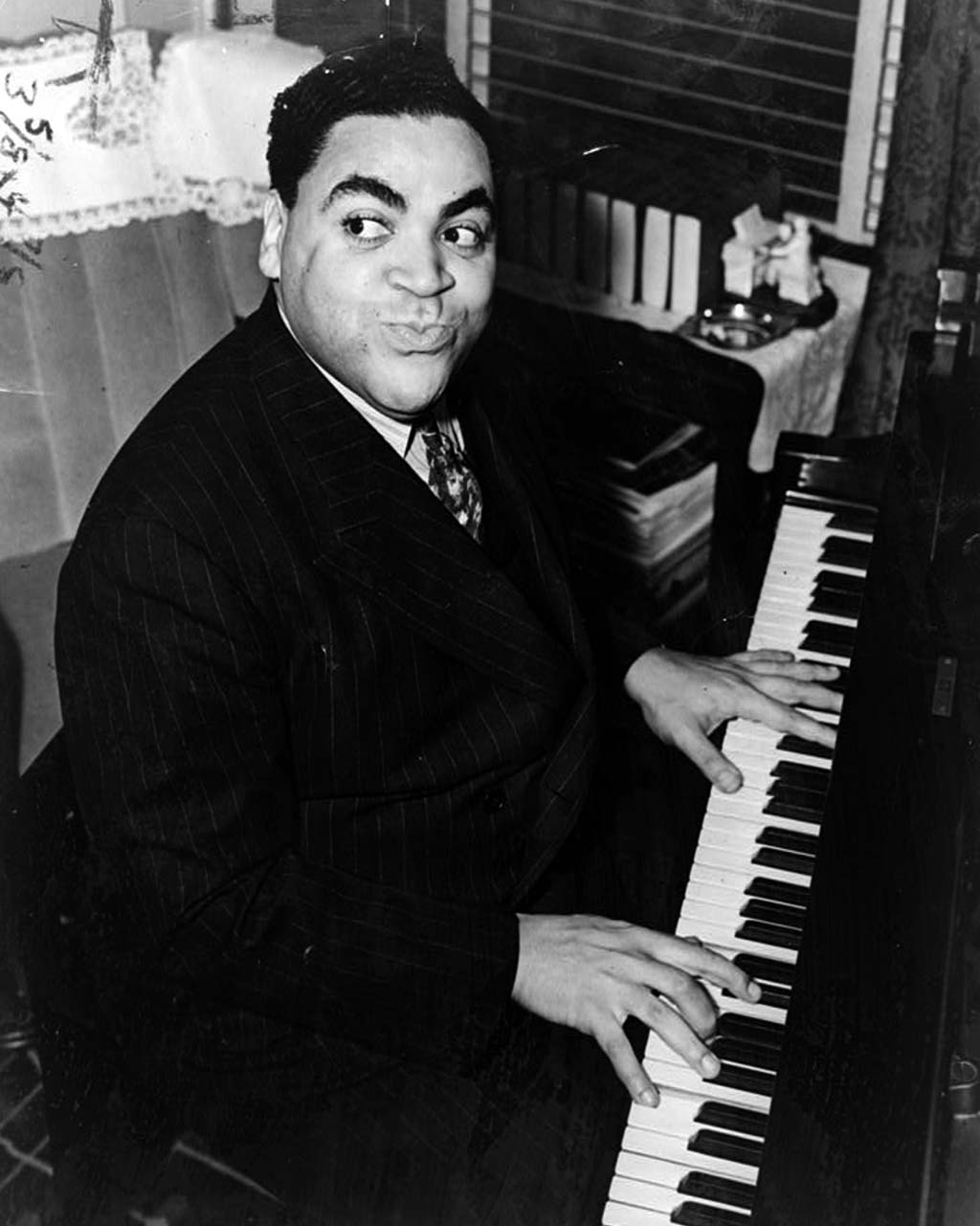 Jazz pianist virtuoso, organist, composer and grand entertainer, Thomas Wright “Fats” Waller was born on May 21, 1904 in Harlem, New York.  He became one of the most popular and influential performers of his era and a master of stride piano playing, finding critical and commercial success in both the United States and abroad, particularly in Europe.  Waller was also a prolific songwriter, with many of his compositions becoming huge commercial successes. His technique and attention to decorative detail influenced countless jazz pianists including Art Tatum, Count Basie, and Thelonious Monk.

Waller came from a very musical family—his grandfather was an accomplished violinist and his mother was the organist of his family’s church.  His first exposure to music was in the form of church hymns and organ music, an instrument he was taught to play by his mother and the church musical director. When he was a young boy his mother hired a piano tutor and he learned how to read and write music.  His father hoped that he would follow a religious calling rather than a career in jazz, but his love of jazz proved too great.  In 1920 his mother, Adeline Waller, passed away and Waller moved in with the family of his piano tutor, Russell Brooks.  While living with Brooks, Waller met James P. Johnson and Willie Smith, two of the greatest stride pianists of the era.  Both men saw Waller’s potential as a born showman.  Johnson decided to take Waller under his wing and taught him the stride style of piano playing, greatly advancing his level of musical education.

By the age of 15, Waller was playing the organ at a Harlem silent movie theatre for $23 a week. In 1922, Waller made his recording debut as a soloist for the Okeh label and in 1923 he recorded a number of piano rolls for the QRS Company.  In 1926 his career took off when he signed with the RCA Victor Label. Waller recorded many sides and scored an abundance of hits with RCA such as “Jitterbug Waltz,” “Honeysuckle Rose,” and “The Joint is Jumpin‘.”  He became very popular despite the notion that jazz was not a “serious” form of music.

Waller’s other accomplishments include vaudeville appearances with the famous blues singer Bessie Smith, soon after which he wrote the music to the show “Keep Shufflin'”.  In 1927, Waller met the poet and lyricist Andy Razaf and the two collaborated on several musicals, the most of popular of which, Hot Chocolates would bring them great critical and commercial success.  It also produced the song “Ain’t Misbehavin’” which became a huge hit for Louis Armstrong.  By the early 1940s Waller was earning a comfortable living as an entertainer. He wrote the first non-black musical for Broadway by an African American, Early to Bed, and took a role in the film Stormy Weather. He also appeared regularly on radio.

While traveling cross-country following performances on the West Coast, Thomas Wright “Fats” Waller died of pneumonia in Kansas City, Missouri‘s Union Station train depot on December 15, 1943 at the age of 39.