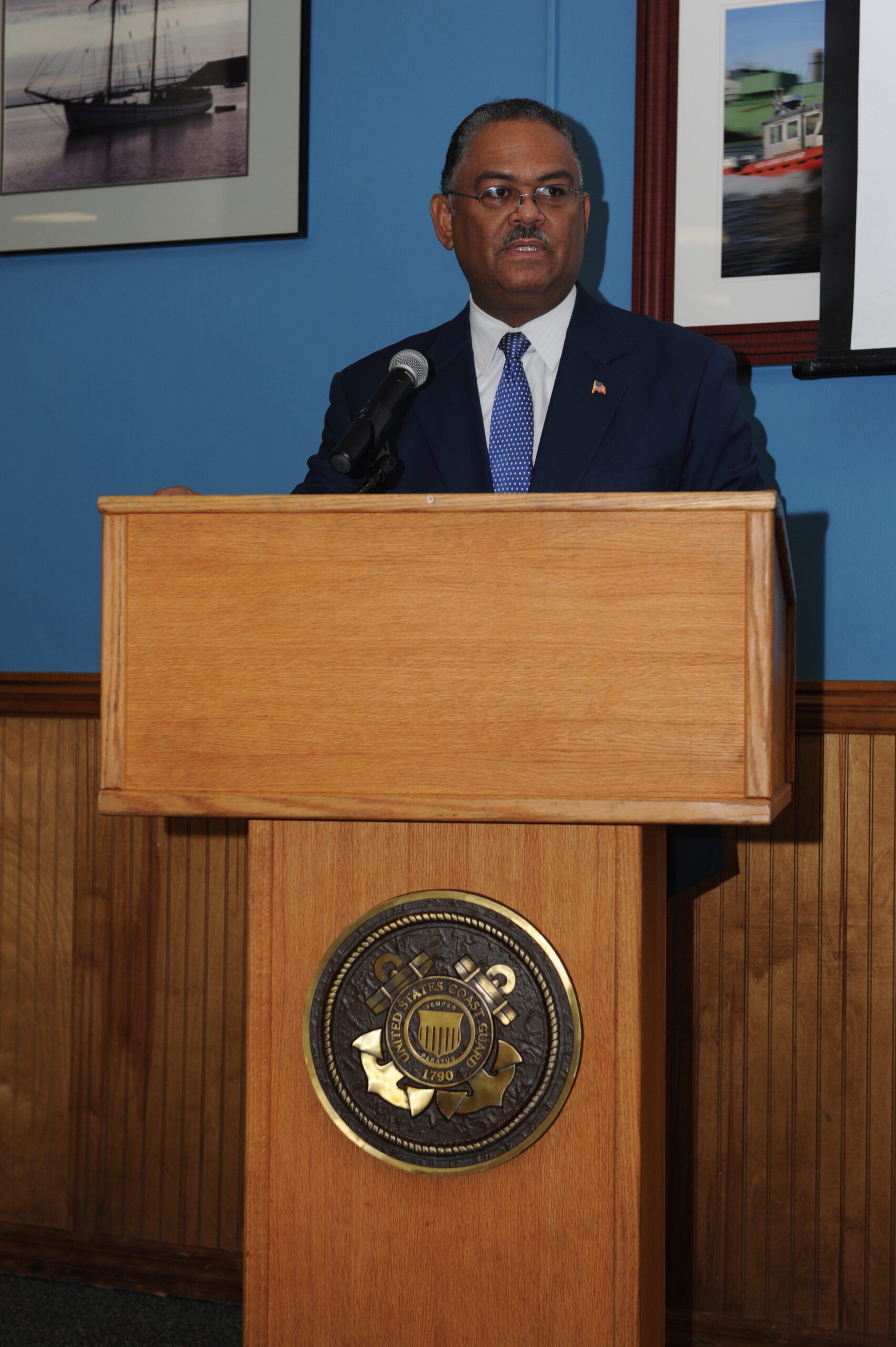 Rear Admiral Stephen W. Rochon was born on March 7th, 1950 to a military family in New Orleans, Louisiana. He enlisted in the Coast Guard in 1970 and was sent to Astoria, Oregon in 1973 to serve aboard the cutter White Bush. By 1975, Rochon was commissioned by the Officer Candidate School in Yorktown, Virginia and became an ensign officer. He worked in California’s Marine Safety Office as assistant for port operations and intelligence.

In 1979, Rochon became part of the U.S. Coast Guard Reserve while he attended Xavier University of Louisiana. He received a bachelor’s degree in business administration, and continued on to the National Defense University’s Industrial College of the Armed Forces in 1999 to receive a master’s degree in national resource strategy. In 1984 however Rochon had returned to active duty and was Chief of the Reserve Training Branch, Ninth Coast Guard District of Cleveland, Ohio. This involved organizing a combat skills course with the U.S. Marine Corps and training the Royal Jordanian Coast Guard temporarily. He first ascended to a flag rank as director for the Office of Intelligence and Security, as well as the National Security Advisor to Secretary of Transportation. In 2000, Rochon was promoted to rear admiral.

In 2005 as the Coast Guard’s Director of Personnel Management he provided support for Coast Guard personnel who had been affected by hurricanes Katrina and Rita. He also helped to rebuild and preserve three historic, turn-of-the-century homes in New Orleans.

In 2007, Rear Admiral Rochon made history as the first African-American Director of Executive Residence and Chief Usher at the White House, running the executive mansion for Presidents George W. Bush and Barack Obama. Rochon retired in 2011 in order to work for the U.S. Customs and Border Protection division in Homeland Security. After 42 years of military, executive and security service, Admiral Rochon finally retired with an extensive background in management, planning and coordination, and a resume of former responsibilities from across 40 U.S. states, Puerto Rico, Europe, and the Middle East.

He is now the president and CEO of The Rochon Group, and lives with his wife in Washington D.C. Some of his military awards include: three Legion of Merit Medals, two Department of Transportation 9/11 Medals. His civilian awards include: 1989 Coast Guard Equal Opportunity Achievement Award, the 1990 United Negro College Fund Leadership Award, the 1998 NAACP Roy P. Wilkins Renowned Service Award and the 2009 Spirit of Hope Award.