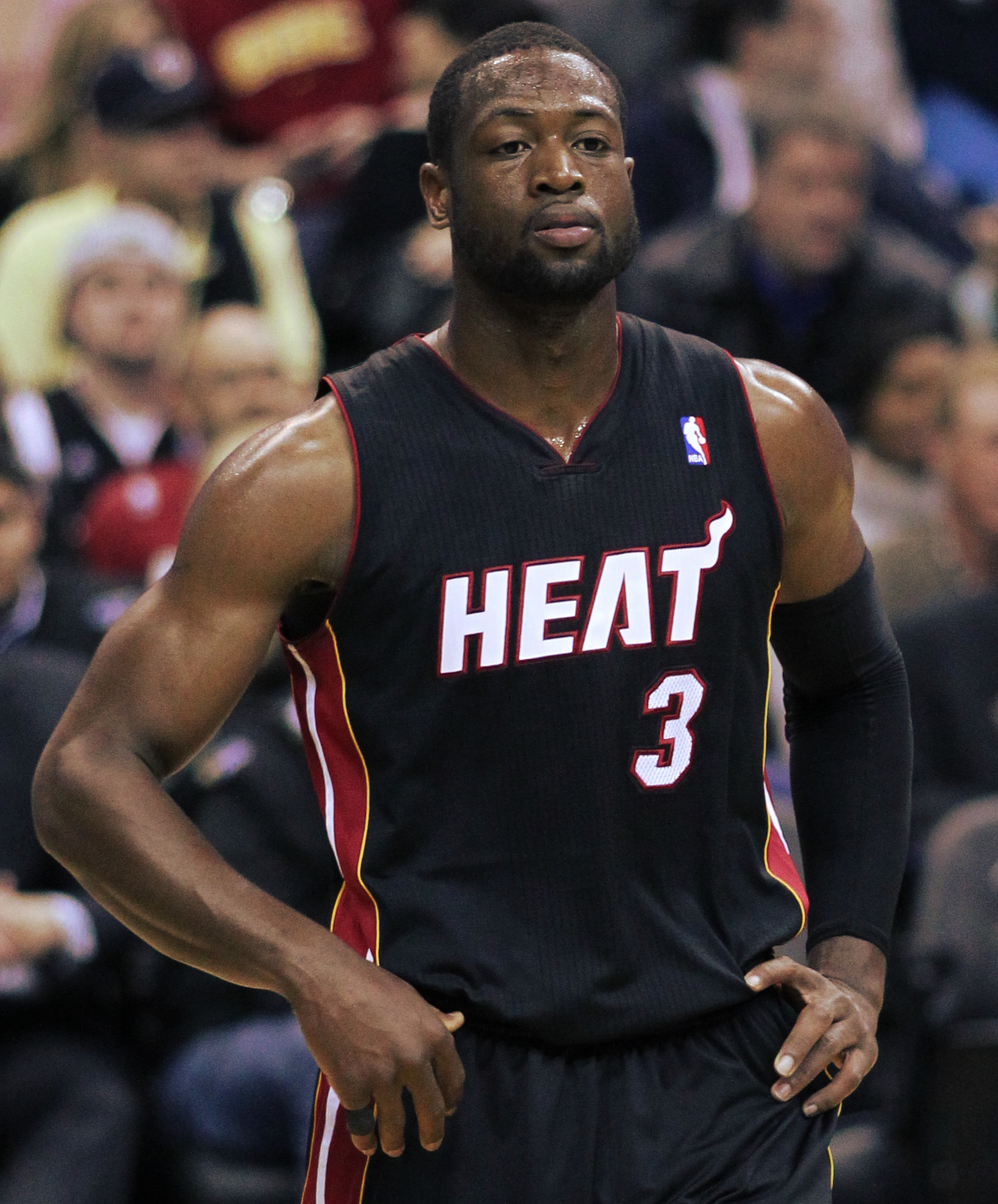 Dwayne Tyrone Wade Jr. is an American basketball player whose National Basketball Association (NBA) career so far has been with Miami Heat and Chicago Bulls. During his NBA career, Wade won three championships with the Miami Heat in 2006, 2012, and 2013. Along with being the finals’ MVP in 2006, Wade also has been a twelve-time all-star and one time scoring champion.

Dwayne Wade was born on January 17, 1982, in Chicago, Illinois, to JoLinda and Dwayne Wade Sr. He grew up on the South Side of Chicago, Illinois. His parents separated when he was four months old and later divorced. Wade had a rough childhood growing up with his mother who battled drug addiction, and lived briefly with his father and stepmother in Robbins, Illinois.

Growing up in Chicago in the 1980s and 1990s, Wade idolized Chicago Bulls’ star Michael Jordan. Wade attended Harold L. Richards High School in Oak Lawn, Illinois, where he played both football and basketball. He was recruited by three college basketball teams: Marquette University, Illinois State, and DePaul University. Wade chose to play for Marquette University located in Milwaukee, Wisconsin. Wade was ineligible to play during his freshmen year due to low academic scores. He became eligible during his sophomore year, the 2001-2002 season, when he led the Marquette Golden Eagles with an average of 17.8 points, 6.6 rebounds, and 3.4 assists per game.  In his junior year, Wade led the Golden Eagles to the university’s first conference championship and a return to the Final Four (national championship) for the first time since 1977. He averaged 21.5 points per game and was the team’s leading scorer, but the Golden Eagles lost to the Kansas Jayhawks in the final four.

Wade skipped his senior season at Marquette and entered the 2003 NBA Draft. Selected by the Miami Heat’s fifth overall in the draft, he would in 2006, with teammates Shaquille O’ Neal and Alonzo Mourning, win the first of three NBA championships with the team, defeating the Dallas Mavericks. In 2012 and 2013, he teamed with Lebron James and Chris Bosh in back-to-back championships, beating the Oklahoma City Thunder and San Antonio Spurs, respectively. Wade also won bronze Olympic medals with the USA men’s basketball team in 2004 Olympics in Athens, Greece, and 2008 Olympics in Beijing, China. Wade remained with the Miami Heat until 2016 when he left after thirteen seasons to join his hometown team, the Chicago Bulls.

Wade married his high school sweetheart, Siohvaughn Funches, in 2002. The couple had two children, Ziare Blessing Dwayne Wade (born 2002) and Zion Malachi Airamis Wade (born 2007). The couple divorced in 2007, and Wade was granted custody of the children in 2011 after a lengthy and acrimonious court battle. Wade also raises a nephew, Dahvoen (born 2002), who is the son of Wade’s sister, Deanna.