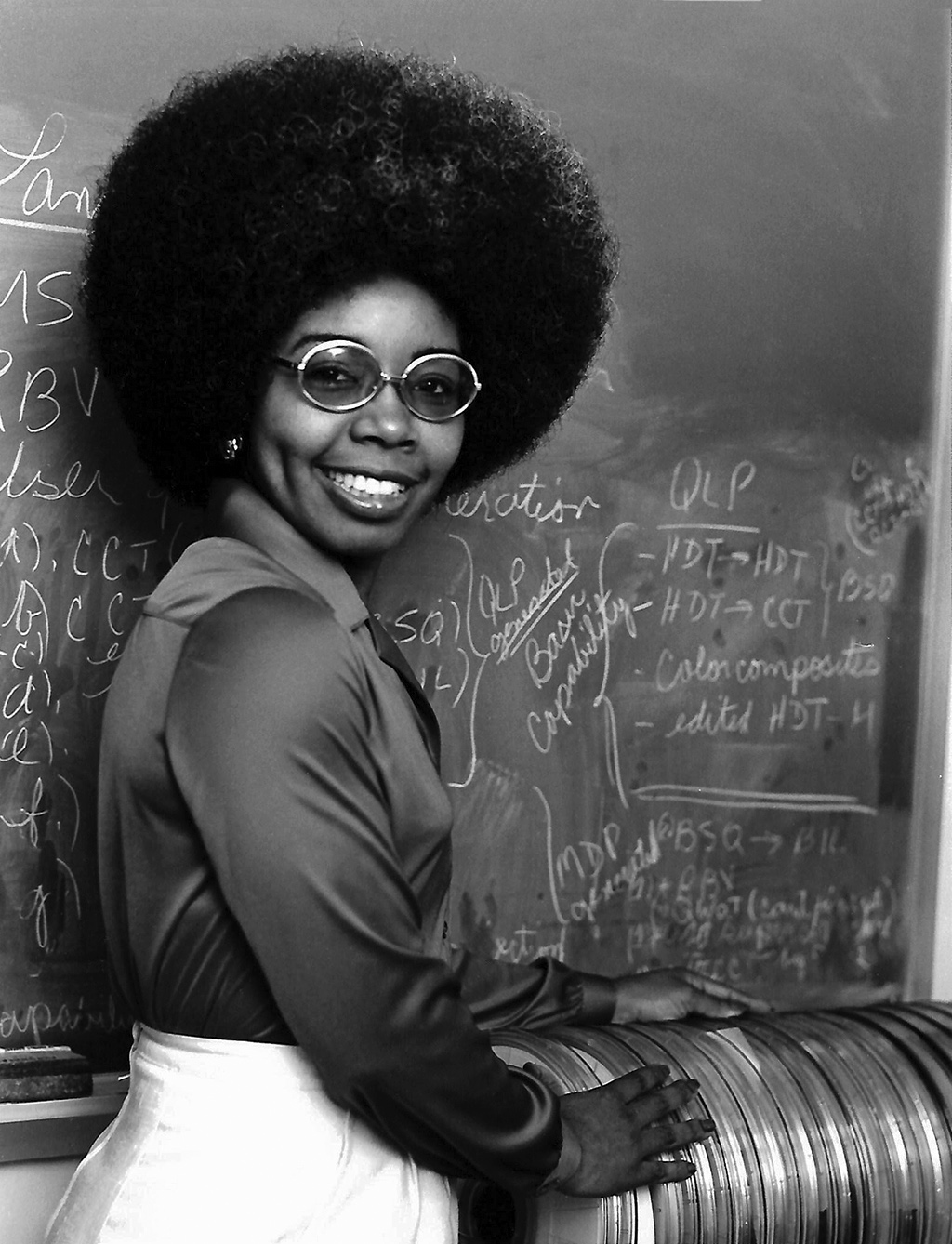 Valerie LaVerne Thomas, scientist, mathematician, physicist, and inventor, was born on February 1, 1943 in Baltimore, Maryland. Reared in the historic all-Black Cherry Hill community, Valerie’s parents were her first role models. They instilled in her the importance of education that resulted “in an inquiry-based hands-on learning environment, in the home and community.”

She developed computer data systems to support the Orbiting Geophysical Observatory (1964-1970); became an international Landsat image processing data format expert (1970-1981); and GSFC team leader for the Large Area Crop Inventory Experiment, which proved the feasibility of using Landsat data to predict global wheat yield. Dr. Thomas served as assistant program manager for Landsat/ Nimbus on detail at NASA Headquarters; and technical officer for a $42 million multi-year technical support contract. In 1985, she was the National Space Science Data Center computer facility manager and served as project manager for the Space Physics Analysis Network (1986-1990), which was NASA’s wide area network and a critical part of today’s Internet. Her networking expertise contributed to the research in the Halley’s comet, ozone hole studies, and a supernova.

In 1980, Dr. Thomas received the Illusion Transmitter patent that provides what is referred to as a holographic image, visible without needing special glasses. She obtained a master’s degree in Engineering Administration from George Washington University (1985). Under the guidance of Fred T. Hofstetter, Thomas earned a University of Delaware Doctor of Education in Educational Leadership/ Ed Tech (2004).

During 2021 Black History Month, hip-hop artist Chance The Rapper reintroduced Thomas to a younger generation when he tweeted to his 8.2 million followers her name, image, and scientific contributions. She has received NASA’s GSFC Award of Merit, authored numerous scientific technical reports, and was bestowed a Monmouth University honorary doctorate (1993).

Dr. Valerie L. Thomas has been an important scientific pioneer who has inspired many, particularly Black women, to enter STEM fields. Currently, she resides in Prince George’s County, Maryland where she is a substitute teacher and is active with STEM organizations such as Science, Mathematics, Aerospace, Research, and Technology, Inc., and SHADES OF BLUE.