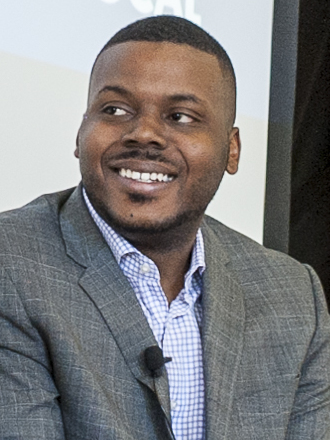 With his 2012 election, twenty-two-year-old Michael Tubbs became the youngest city council member in Stockton, California’s history and one of the youngest elected officials in the nation. He represented the 6th District of the city of Stockton, the district he grew up in. On November 8, 2016, Tubbs defeated Anthony Silva in the Stockton mayoral general election. At the age of twenty-six, he became both the first black mayor of the city and the youngest mayor in the city’s history. His term in office will began on January 1, 2017.

Michael Tubbs was born in Stockton, California, in 1990 to a teenage mother and incarcerated father. He attended Hamilton Middle School and Franklin High School where he graduated with an international baccalaureate diploma. Tubbs earned a scholarship to attend Stanford University where in 2012 he earned his Bachelor’s degree in Comparative Studies and his Master’s degree in Policy, Leadership, and Organization Studies. While at Stanford, he served as president of the school’s branch of the National Association for the Advancement of Colored People (NAACP), a voting member of the Board of Trustees Development Committee of Stanford University, and the featured speaker of freshman convocation. Also while at Stanford, he started The Phoenix Scholars, a non-profit organization that has helped hundreds of young people in California become first in their families to go to college. He was also a member Stanford’s Black Community Services Alumni Advisory Board and the Coca-Cola Scholars Foundation Alumni Advisory Board.

Tubbs’s involvement in the Stockton community began before he graduated from high school and has included his serving on many of the city’s boards and commissions. For two years, he was chairman of the Youth Advisory Commission. He also co-created “Save Our Stockton” in response to the high crime rate during the summer months in the city.  “Save Our Stockton” persuaded the mayor and city council to establish a mayoral task force on youth and crime in a city that had one of the highest crime rates in the nation. Tubbs also organized a “Back to School” tour where he led assemblies at Stagg and Franklin High Schools that urged its students to attend colleges and universities. He co-founded the Summer Success and Leadership Academy at the University of Pacific in Stockton. That program challenged Stockton’s mostly black and Latino youth to create solutions to the problems of gang violence in the city. Tubbs also worked briefly in the White House where he helped craft the administration’s strategy for engaging with mayors and city councils nationwide.