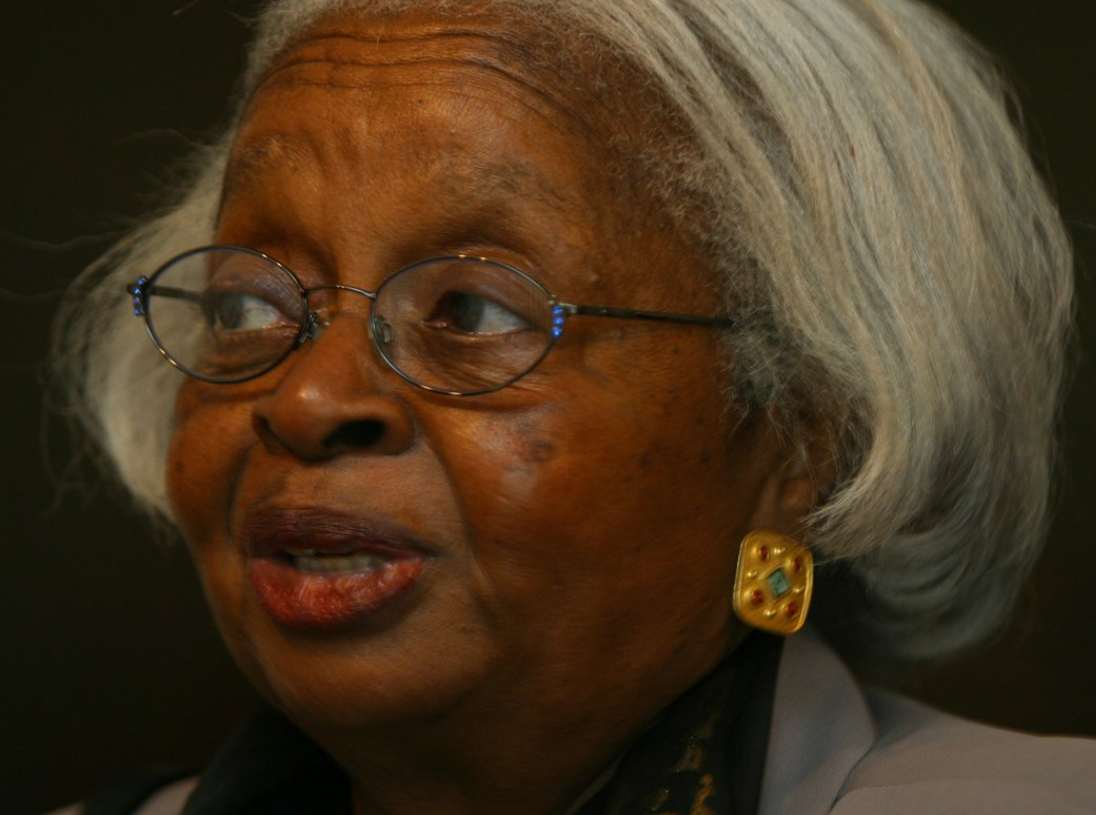 Daisy Tibbs Dawson, a Seattle, Washington peace activist and educator, is the only African American to be memorialized in the Hiroshima Peace Memorial Museum in Hiroshima, Japan. Tibbs was born in Toney, Alabama on July 27, 1924 to Calvin and Martha Tibbs.  At a very early age, her parents died, leaving her and her two siblings in the care of their maternal uncle, Robert Tibbs and his wife, Mary Leslie. She attended segregated public schools during her primary years and then attended a private black high school, Trinity High School, established by white Presbyterian missionaries. Tibbs worked in order to pay for her tuition.  She took classes from a diverse cohort of faculty that included both black and white teachers and a Japanese music instructor who was interned by U.S. authorities after the attack on Pearl Harbor.

When the principal, J.T. Wright and his wife, a white couple who served as mentors to Tibbs, accepted a position at the University of Washington (UW), they convinced her to move to Seattle with them in 1944 to continue her education.  As a student at the University of Washington Tibbs met Akiko Kurose, a Japanese American student who would become a famed educator.  She also met Floyd Schmoe, a forest and marine ecology professor and a popular Quaker who was committed to social justice, peace, and anti-racism. Through her connection to Schmoe, Dawson became involved in an effort (called work parties) to repair Nisei homes on the weekends after the U.S. government ordered the evacuation of the Japanese from King County on April 24, 1942.

After Tibbs graduated from the University of Washington in 1948, she took a teaching position at Harbison Junior College in South Carolina. Schmoe contacted her about joining a small interracial and interdenominational group in Seattle to help build houses in Hiroshima as a way to spread peace after the U.S. bombed the city.  The group reached Hiroshima in August of 1949 and found few resources and supplies.  Tibbs first volunteered at the Hiroshima Memorial Hospital preparing food in the kitchen. There, she witnessed the frailty of human bodies caused by the atom bomb four years earlier as well as the physical deterioration of the city that had been reduced to rubble and empty building frames.

Along with her work crew, Tibbs worked six hours a day, five days a week building new homes. Houses were built with timber frames and mud walls, the only materials available.  Tibbs and other volunteers hauled lumber and mixed straw with mud for the mortar to build the three-room tile-roof houses. She made nails from wooden pegs since the war destroyed much of the metal and tools in the city.  She also walked back and forth to her job site everyday and slept on the floor in the basement of a church that was partly destroyed by the bomb. At the end of the three-month labor project, Tibbs had assisted in building four houses and a garden as a symbolic shrine of peace.

When Tibbs returned to the U.S., she married Leonard Dawson in 1950 and raised a family.  In 1965, she volunteered with the Head Start program under the direction of Dorothy Hollingsworth and was hired shortly thereafter as an assistant teacher at Colman Elementary School. She then was promoted to Head Teacher, serving from 1966 through 1969.  Later she served as a Supervisory Teacher, Volunteer Coordinator, and Education Specialist. In 1971, she became the third African American woman hired as the Program Director of Seattle Public Schools Head Start Program, a position she held until her retirement in 1984.

Dawson served as President of the Washington State Head Start Directors’ Association from 1972 to 1975 and was appointed by Governor Daniel J. Evans to the Washington State Committee for Early Childhood Education for Children. She also served as President of the A & S (Adminstrative & Services) League of the Principals’ Association of Seattle’s Public Schools from 1983 to 1984.  She remained a lifelong member of Delta Sigma Theta Sorority, Inc. (Seattle Alumnae Chapter) and the Madrona Grace Presbyterian Church.

Because of her contributions to the Japanese peace efforts in 1949, Dawson was recognized and forever memorialized in the Hiroshima Peace Memorial Museum (Schmoe House) in 2012.  Daisy Tibbs Dawson died on May 26, 2013 at the age of 88 in Seattle, Washington.