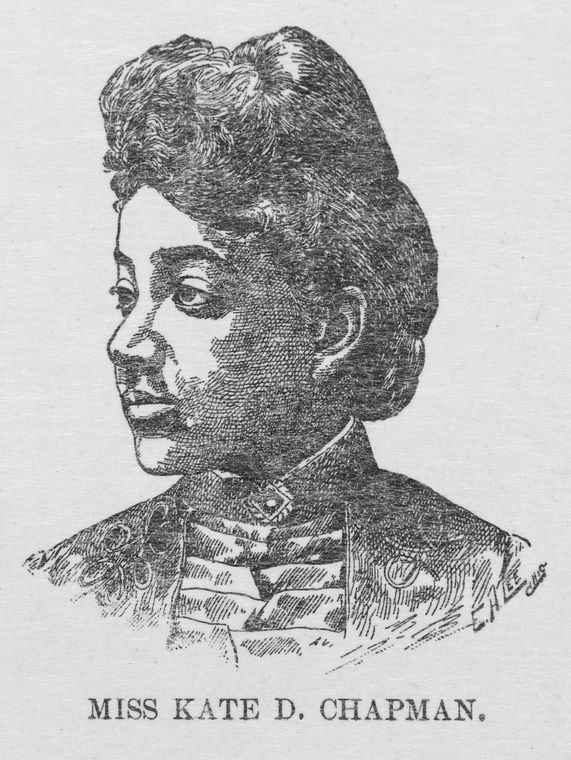 Kate Chapman was born February 19, 1870 in Mount City, Illinois.  She began writing very early in life. Her family moved to Yankton, South Dakota where her father established a hunting dog breeding business valued at $50 to $100 and owned a home valued at $2,500 in 1889. Katherine attended high school in Yankton and then Louisville State University in Kentucky. She married G.M. Tillman in 1894.

Kate Chapman began writing “to the young women of [her] race” as a teenager. Chapman’s work was published mostly by A.M.E. Church Review and consisted of short stories, poems and plays. She also wrote inspirational prose, and prose aimed to teach women ideals of domesticity.  Her essay written in 1895 “Afro-American Women and their Work,” asserts: “Women have always a mission in the world. Since God made Eve in the fair Gardens of Paradise as a helpmate unto Adam, it has been woman’s task to aid man in his stupendous undertakings.” However, her writings also affirm women’s equality to men.  Her poetry as well as her prose reflected her extensive knowledge of historical literature and politics of her time. Repeatedly, she notes that her goal was to write so that she would uplift her race, especially young women.  One of her many poems appears below:

“Swiftly cometh the glad New Year
Leaving in throes of pain
The dying year whose reign is o’er,
And who never will come again.”
From The Glad New Year

The date of Kate Chapman’s death is unknown.