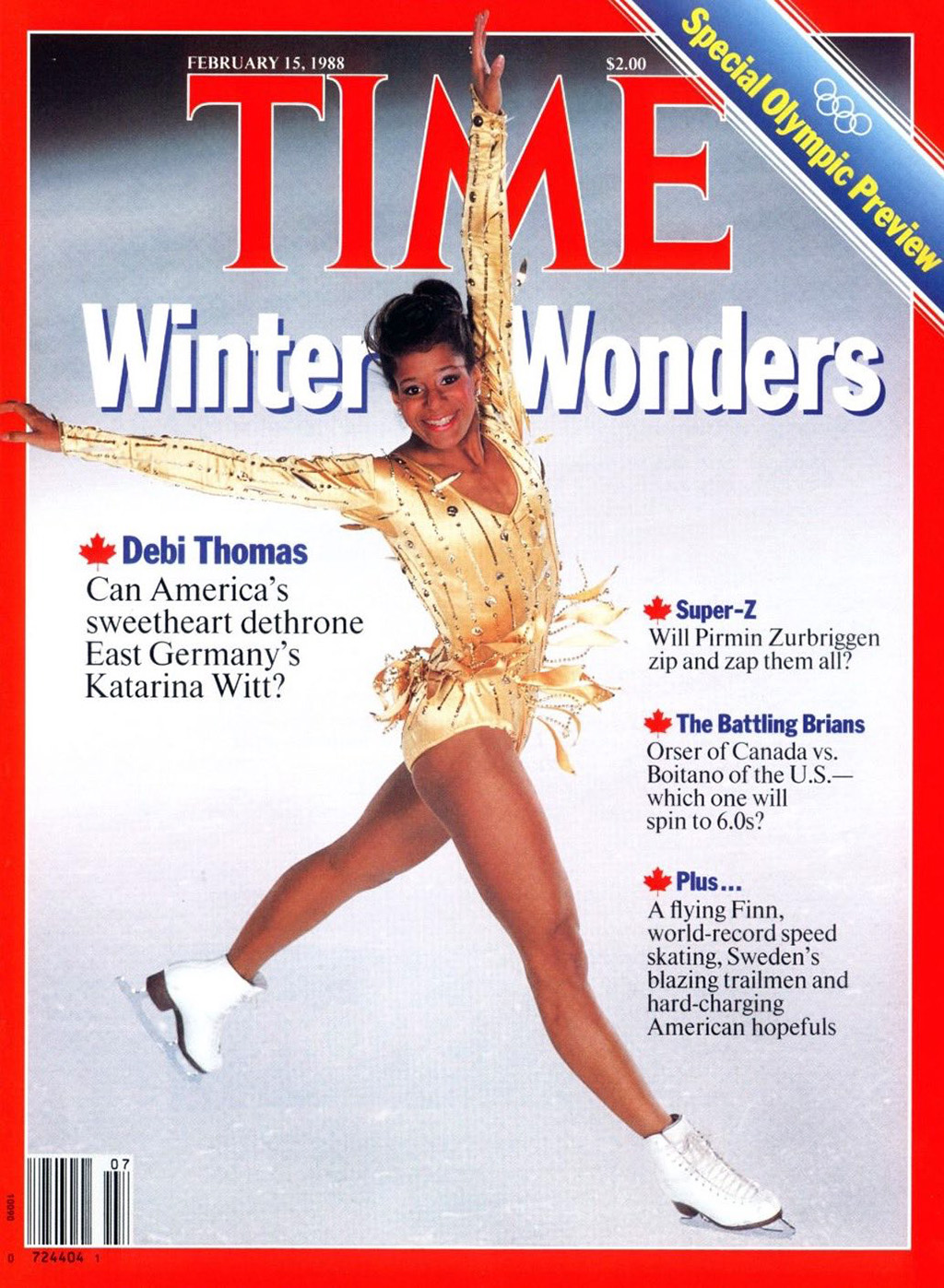 Debi Thomas is a figure skater and physician, and the first African American woman to win a medal in the Winter Olympics. Thomas was born in Poughkeepsie, New York, in 1967 and first started skating around the age of five. However she did not get serious and begin taking lessons until she was nine years old. After winning a number of youth competitions, Thomas caught the eye of coach Alex McGowan, who agreed to direct her training at the age of ten. At the age of 12 Thomas made it to the national novice finals, and won the silver medal.

Thomas attended Stanford University in California while continuing her training in figure skating. In 1986 she won the U.S. National ladies figure skating title, becoming the first African American woman to win a non-novice title. That same year she also won the Ladies title at the 1986 World Figure Skating Championships in Geneva, Switzerland. Winning both of these titles in the same year earned Thomas the ABC’s Wide World of Sports Athlete of the Year award in 1986.

Thomas struggled in 1987 due to Achilles tendonitis, but she still managed to place second in the U.S. Nationals after losing to Jill Trenary. She place second in the 1987 World Championships to East German skater Katarina Witt. Thomas again won a championship in the U.S. National Title competition and thus was chosen to represent the United States in the 1988 Winter Olympics in Calgary, Alberta (Canada). There she would have a rematch against Witt, in what would be called the “Battle of the Carmens,” because both skated to the music of Bizet’s opera Carmen. Unfortunately, Thomas was bested again as Witt took the Gold, and Elizabeth Manley from Canada took the Silver. Nonetheless, Thomas’s Bronze medal placed her in the history books as the first African American woman to win a medal at the Winter Olympic Games.

Afterwards Thomas earned an engineering degree at Stanford and then attended medical school at Northwestern University in Illinois and became a physician. In 2000, Thomas was inducted into the U.S. Figure Skating Hall of Fame. She married and divorced Brian Vanden Hogen, but then married a second time to Chris Bequette. The couple has one son, Christopher Jules, who was born in 1997. Debi Thomas is currently living in Terre Haute, Indiana with her husband and son, and is a practicing physician in that city.