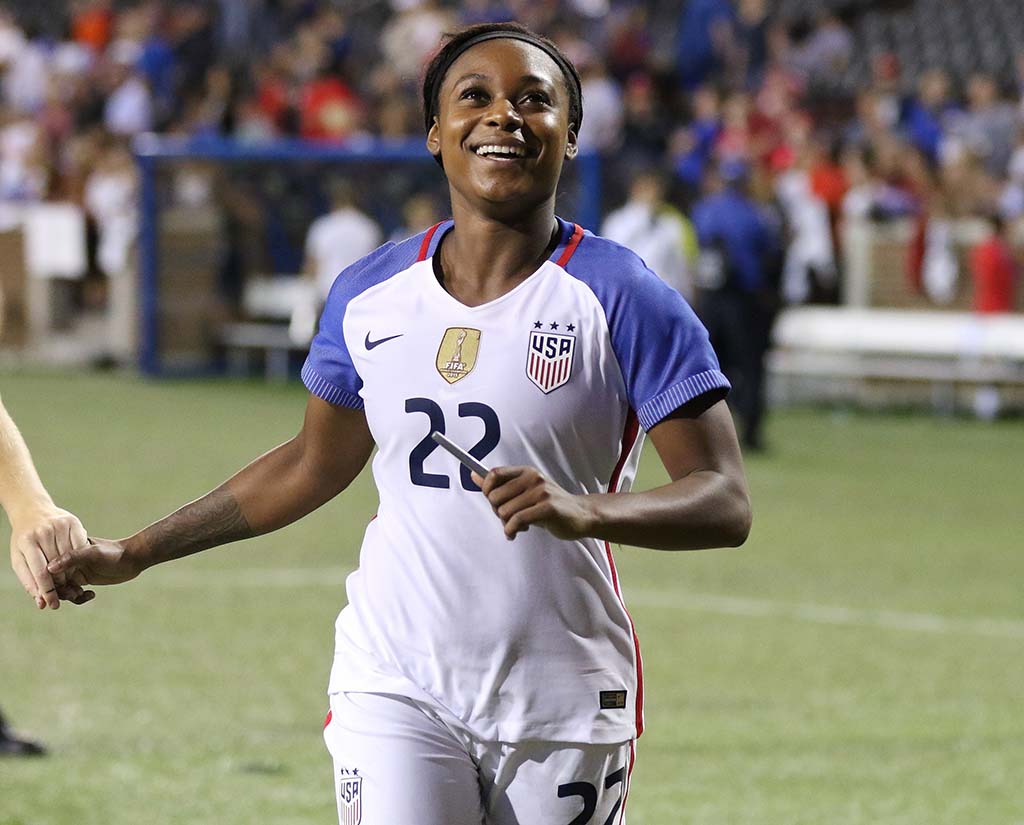 Taylor Nicole Smith is a professional soccer player in the National Women’s League. Smith was born on December 1, 1993 in Fort Worth, Texas to Rose Smith and an unnamed father. Growing up, Smith attended Forth Worth Country Day School located in Fort Worth, Texas. She played on the varsity soccer team as well as the field hockey and track and field teams. Smith was also a member of the Region III soccer team and she was also a two-time NSCAA Youth All-American (2010-2011) and two-time member of the Fort Worth Star-Telegram Super Team. Smith graduated from Fort Worth Country Day School in 2012.

After graduating, Smith attended UCLA playing for the UCLA Bruins Women’s Soccer Team from 2012 to 2016. During her freshman season with the team she was selected to the Pac12 All-Freshman Team. She ranked second on her team in goals, game winning goals, and points scoured. She also played all 23 games that season.

During her sophomore season, she ranked second on the team in goals, assist, and points. She also ranked third in the Pac-12 in points and assists and eighths in goals. She also played all 26 games during that season. Smith was an All-Pac 12 selection and helped her team scored the game winning goal against North Carolina in the NCAA Division I quarterfinals. Her team also won their NCAA Division I College cup title that year 2013 playing for the team.

During her Junior season Smith played all 26 games and became a first-team all-Pac 12 selection. She also had the game winning goal soccer game in a rematch against North Carolina in the NCAA quarterfinals.

During her senior season, Smith played in 14 games and was named the Mac Herman Trophy Watch List. Following her college career, she graduated Smith became a professional soccer player with several clubs during her career. She played with the Western New York Flash and North Carolina Courage in 2016-2017. She played for the Washington Spirit in 2018. In 2019 she played for Reign RC soccer club based in Tacoma, Washington. Smith also had an international career participating with the United States Women Soccer Team in the 2017 Tournament of Nations where in was hosted in Seattle, Washington, Carson, California, and San Diego, California. In 2017 she came publicly announced that she was a lesbian. Currently Taylor Nicole Smith plays with the Reign FC soccer team.