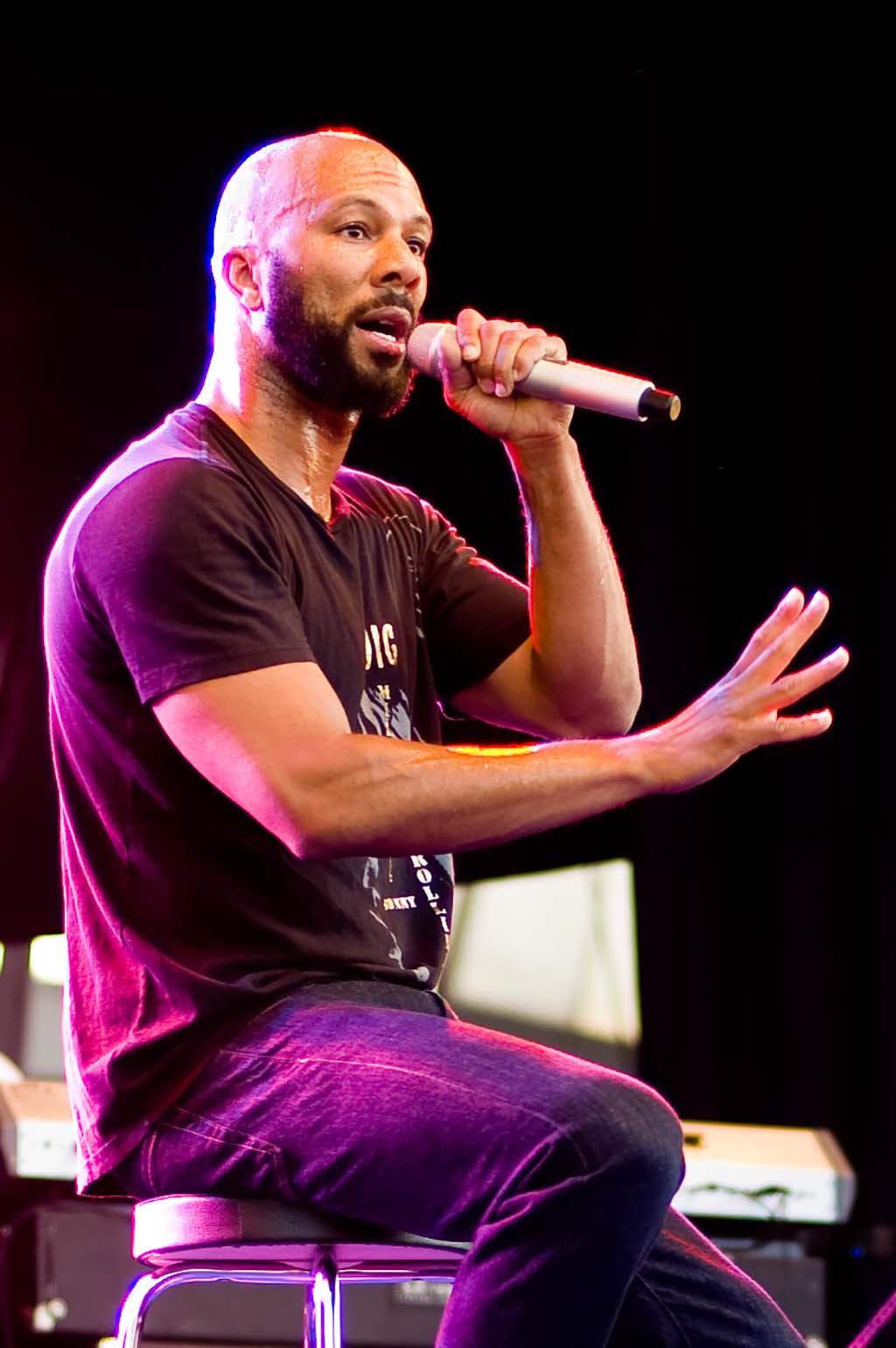 Lonnie Corant Jaman Shuka “Common” Rashid Lynn is a Grammy Award-winning rapper, actor, and songwriter. Common was born on March 13, 1972 in Chicago, Illinois to Mahalia Ann Hines and Lonnie Lynn Sr. Common grew up in the southside of Chicago in the Calumet Heights neighborhood. His parents divorced when he was six years old. Despite his parents divorcing, his father remained active in his life; his mother later remarried. His father found him a job as a ball boy for the Chicago Bulls. As a teenager, Common attended Luther High School South, where he and two friends formed a rap trio named C.D.R. The group became so popular that it performed as the opening act for rap artists like N.W.A. and Big Daddy Kane when they visited Chicago.

After graduating from Luther High School in 1990, Common attended Florida A&M University, majoring in business administration. While there, he was offered a recording contract by Relativity Records in 1991. Signing with the label, he began performing under the rap name Common Sense and released his first single called “Take it EZ” in 1992. That same year, his debut album called Can I Borrow a Dollar? was released. The album was followed by two decades of releases, starting with Resurrection (1994) and continuing with One Day It’ll All Make Sense (1997), Like Water for Chocolate (2000), Electric Circus (2002), Be (2005), Finding Forever (2007), Universal Mind Control (2008), The Dreamer/ The Believer (2011), Nobody’s Smiling (2014), and Black America Again (2016).

During his rap career, Common has worked with various hip-hop and R&B artists, including Kanye West, Erykah Badu, Pharrell, and John Legend. Common also has a successful film career, acting in the movies Brown Sugar (2002), American Gangster (2007), Terminator Salvation (2009), Selma (2015), and Barbershop: the Next Cut (2016). He also played the villain, Cassian, in John Wick 2 (2017).

A social activist, Common as been involved with PETA, the animal rights organization and played a high-profile role as one of the entertainers supporting then presidential candidate Barack Obama in 2008. In 2014, he founded the Common Ground Foundation, a non-profit organization that help underprivileged youth.

Despite his success in music and acting, Common also been controversially involved in rap feuds with Ice Cube and Drake. In 2019, Common published his autobiography, Let Love Have the Last Word: A Memoir where he revealed that a family friend sexually abused him as a child.

Common has one daughter, Omoye Assata Lynn, born in 1997 from a relationship with his then-girlfriend Kim Jones.