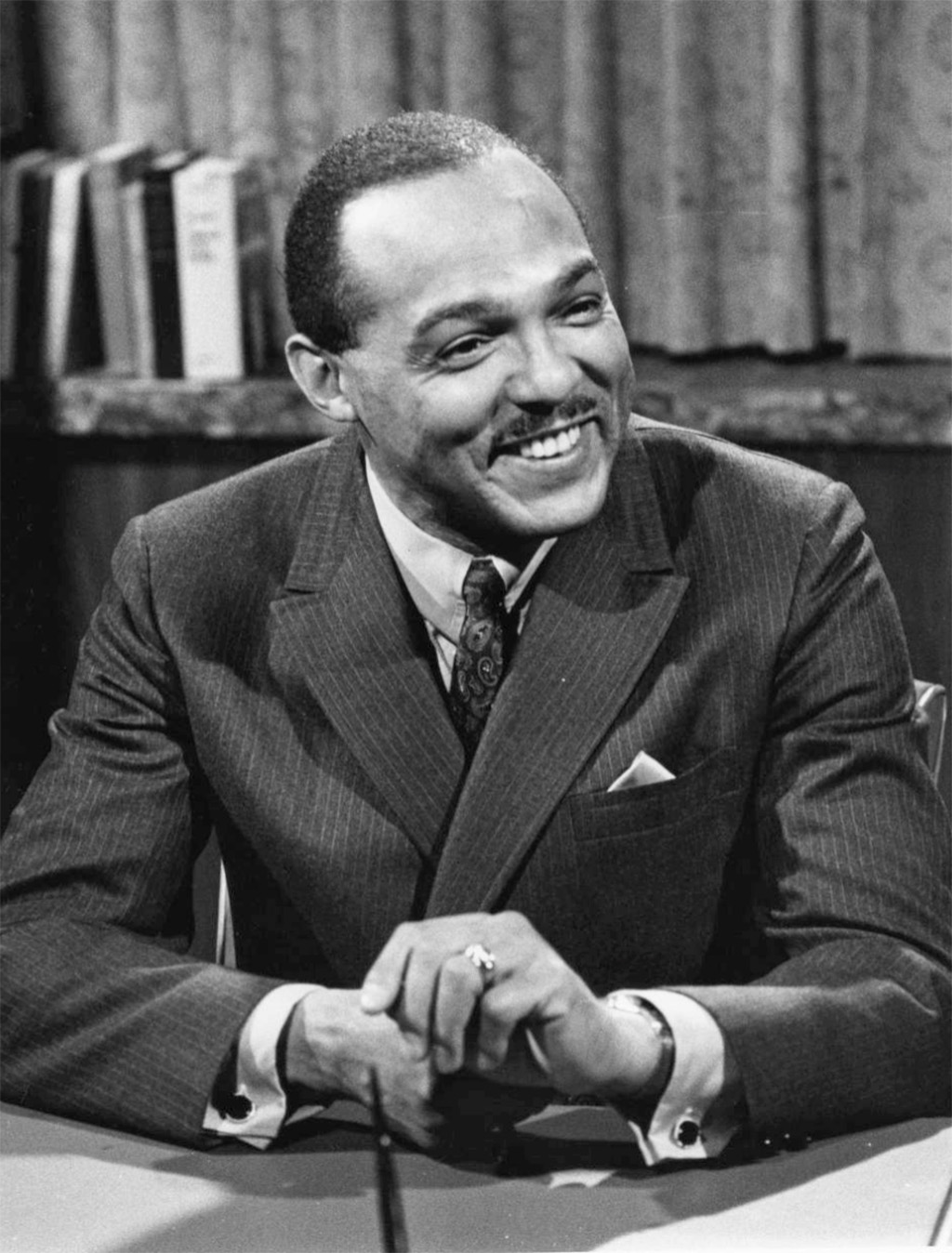 Carl B. Stokes, lawyer, anchorman, U.S. diplomat and the first African American mayor of a major U.S. city, was born on June 21, 1927 to Charles and Louise Stokes in Cleveland, Ohio.

In 1944, Stokes dropped out of high school at the age of 17 and worked briefly for Cleveland-based aerospace and automotive company Thompson Products/TRW before enlisting in the US Army in 1945. Returning to Cleveland in 1946 after his discharge, he reentered high school and earned his diploma in 1947 before enrolling in West Virginia College. Stokes transferred to Western Reserve University and then the University of Minnesota, from which he received his BA in 1955. Stokes returned to Cleveland where he completed law school at Cleveland-Marshall Law School in 1958. He was hired as an assistant prosecutor for Cuyahoga County for four years before establishing his own firm, Stokes, Stokes, Character, and Terry in 1962 with his brother, Louis Stokes.

Carl Stokes’s political career also began in 1962 when he was elected to the Ohio House of Representatives.  Stokes served until 1965 when he resigned to concentrate on running for Mayor of Cleveland.  Stokes lost his mayoral bid that year but remained a prominent figure in Cleveland politics. In 1967, he defeated Seth Taft, the grandson of former president William Howard Taft, to become the first African American mayor of a major U.S. city.

Stokes served two two-year terms as Cleveland’s mayor.  He was recognized both in Cleveland and throughout the nation as a supporter of the Civil Rights movement and a strong advocate of minorities’ rights. As mayor he opened numerous city government positions for African Americans and women.

Despite his commitment to equal opportunity, his tenure was nonetheless plagued by race-related problems including the Glenville Shootout, in which seven people were killed during a riot-like incident in the predominantly black neighborhood of Glenville. In a controversial attempt to decrease the tension in the neighborhood Stokes ordered all white police officers to leave the area, replacing them with black policemen and the National Guard.  Although the black police presence was credited with rapidly ending the riot, the political fallout from his decision persuaded Stokes not to run for reelection in 1971.

Following his mayoral tenure, Stokes became the nation’s first black anchorman when he went to work at New York’s WNBC-TV in 1972. He left WNBC in 1980 and returned to Cleveland where he served as the legal counsel for the national headquarters of the United Auto Workers.  In 1983 he was appointed a municipal judge in Cleveland, a position he held until 1994.

That year Stokes was appointed by President William Jefferson Clinton to serve as the U.S. ambassador to Seychelles.  While serving in that post Stokes was diagnosed with esophageal cancer and returned to Cleveland to seek treatment. Stokes died at the Cleveland Clinic on April 3, 1996 of complications related to his cancer.