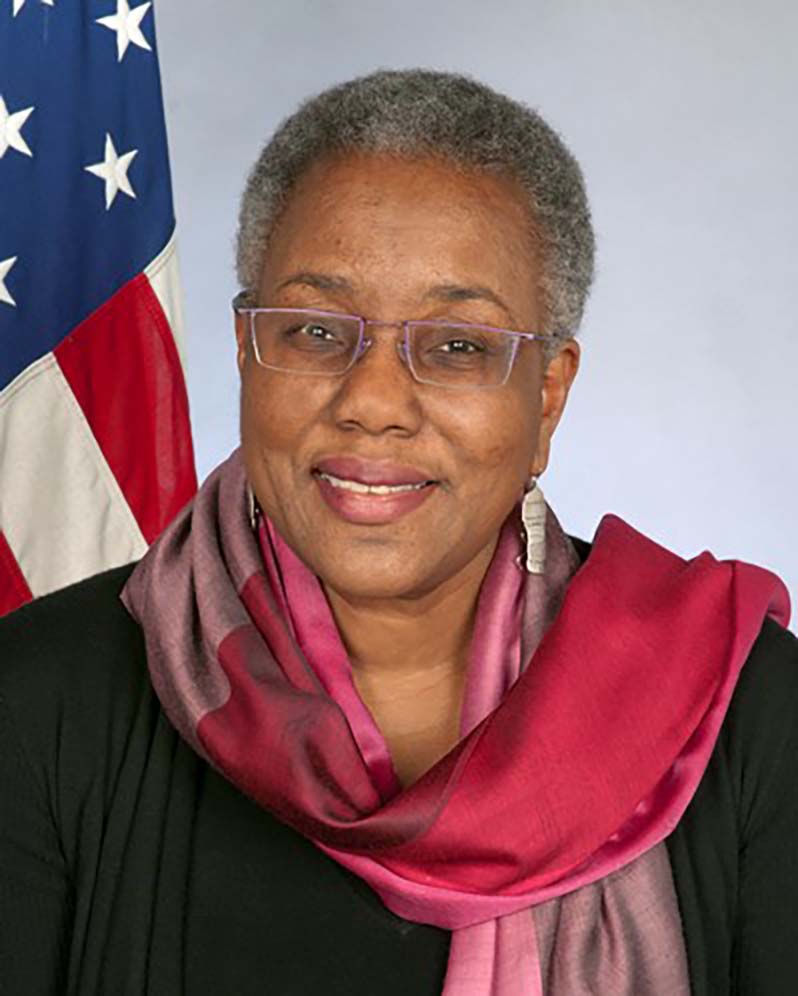 Career Foreign Service officer Pamela L. Spratlen was nominated by President Barack Obama in July 2014 to become U.S. Ambassador to Uzbekistan, and after confirmation by the U.S. Senate was sworn in on January 6, 2015. This important Central Asian appointment rewarded her outstanding policy and leadership accomplishments across a wide variety of assignments for over 20 years, and considering her earlier assignments in the area of the former Soviet Union suggests that the State Department recognizes her as a leading authority in the region.

Her appointment followed upon three and a half years as ambassador to the Kyrgyz Republic, and before that a brief stint as Deputy Chief of Mission at the U.S. Embassy in Astana, Kazakhstan. Previously she served as Consul General in Vladivostok, Russia from 2002 to 2004.  From 2000 to 2002 she was Assistant Coordinator at the U.S. Embassy in Moscow.  Her reputation in Washington inner circles was sufficiently high to have her name mentioned in one Washington Post article listing rumored possible nominees for the post of Ambassador to Russia that was filled in early 2014.

Born in Columbus, Ohio on July 14, 1954 to parents Thaddeus and Lois Price Spratlen, and raised in Washington State and California, Pamela Spratlen graduated from Crenshaw High School in Los Angeles in 1972 and earned a Bachelor’s degree in Psychology from Wellesley College in Massachusetts in 1976. After graduation, she returned to California to work for the Los Angeles-based Volunteers in Service to America (VISTA) and other public service organizations. In 1981 she earned an M.A. from the School of Public Policy at the University of California, Berkeley, and she holds an additional Master’s in Strategic Studies from the U.S. Army War College in Washington, D.C.  That M.A. was received in 2006. From 1981 to 1989, Spratlen served as senior consultant in Sacramento to the California Legislature’s Joint Legislative Budget and Assembly Ways and Means Committees, advising them on oversight of the state’s $3 billion higher education budget.

Spratlen first joined the U.S. State Department in 1990 as an economic officer, and spent her first tour in Guatemala, 1990-1992. She also participated in two multilateral missions, the U.S. Mission to the Organization of American States from 1992 to 1994, and the U.S. Mission to the Organization for Economic Cooperation and Development from 1995 to 1998. She worked in the Executive Secretariat of the State Department from 1999-2000. The foreign languages she commands are Russian, French, and Spanish.

In 1999 she advanced to the executive secretariat and served as special assistant to the Counselor of the Department of State, working as a member of the team responsible for planning the official travels of then Secretary Madeleine Albright. It was in that capacity that she went to the U.S. Embassy in Moscow in January 1999 to help prepare for Albright’s meetings with Russian Federation leaders on the Kosovo situation.

Other senior assignments in Washington include Director of Western European Affairs, 2007-08, Director of Central Asian Affairs, 2006-2007, Acting Deputy Assistant Secretary for Central Asia, December 2007-May 2008, and Special Assistant to the Counselor of the State Department, 2005-2006. She was a Fellow and Diplomat-in-Residence at the East-West Center in Honolulu, Hawaii in 2004-2005. Ambassador Spratlen has received numerous awards, including Meritorious and Superior Honor Awards at the State Department.