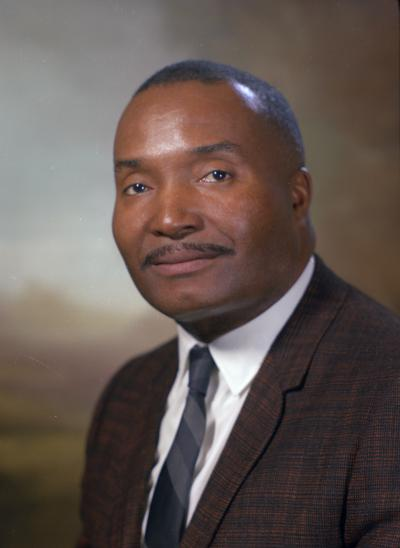 Samuel J. Smith, a Washington State Legislator and Seattle City Councilmember was born on July 21, 1922, in Gibsland, Louisiana.  Listening to speeches by Franklin Roosevelt broadcast on radio in the early 1930s persuaded young Smith that he wanted a future in politics.

Sam Smith first came to Seattle via the U.S. Army in 1942.  After World War II service in the Pacific as a Warrant Officer, he returned to the city, married his childhood sweetheart and attended college, first at Seattle University and then at the University of Washington where he got a B.A. in economics.  Smith, a member of Mt. Zion Church, took a job at Boeing Aircraft where he worked for 17 years while raising a family of six.

Smith first ran for the legislature in 1956, losing to incumbent Republican Charles Stokes.  Two years later he again challenged Stokes and won, remaining in the legislature for nearly a decade.  In Olympia, the state capital, Sam Smith gave the emerging civil rights movement in Washington a respected voice as well as a vote in the House of Representatives.  Smith left the legislature in 1967 to run for a seat on the Seattle City Council.  He won, becoming the first African American elected to that body.  In 1968, he introduced Ordinance 96619, the law that prohibited discrimination in housing.

Smith ran unsuccessfully for Mayor of Seattle twice, but he served eight years as President of the City Council, spearheading programs on behalf of the city’s racial minorities.  He also paved the way for subsequent African American and Asian politicians such as Mayor Norm Rice, Governor Gary Locke, and King County Executive Ron Sims.  An admirer, Republican leader Slade Gorton (then in the state House minority and later U.S. Senator) once made a floor speech admonishing Democrat Smith, saying “he doesn’t know what it feels like to be in the minority.” “Oh, yes I do,” said Sam, the only African American legislator in Olympia at the time.  His now famous retort produced bi-partisan laughter from legislators, press, staffers, kitchen help and visitors.

Among his many accolades, Smith was honored by the Seattle Municipal League as an “Outstanding public official” in 1985 and in the same year Washington Governor Booth Gardner designated “Sam Smith Day” in his honor.  Sam Smith retired from the City Council in 1991 and died at his Seattle home in November 1995.