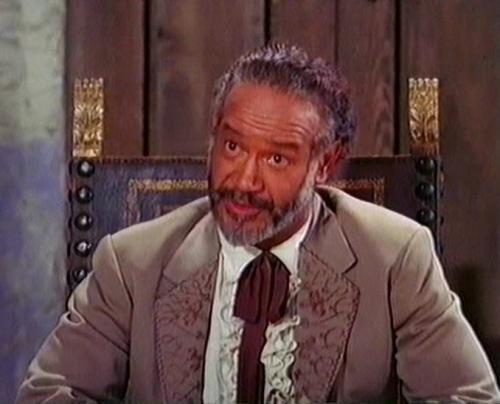 Frank Silvera was an important 20th Century actor, director, producer, and teacher.  Born on July 24, 1914 in Kingston, Jamaica, he grew up in Boston, Massachusetts and went on to study law at Northeastern University Law School. He later attended Boston University, Old Vic School, and the Actors Studio before moving to New York City, New York to pursue acting.

Silvera joined a group of actors called the American Negro Theatre in Harlem, which produced the successful Broadway and internationally-acclaimed play Anna Lucasta. With that success, Silvera migrated to elite inner circles of theatre groups of the time. His handsome attributes, multi-lingual abilities, and his last name which suggested a Portuguese Jewish heritage, helped him rise through the ranks of actors despite the prevalence of racism and discriminatory social practices during that era.

Due to Silvera’s fair skin complexion, few audiences realized he was African American.  Thus by the early 1950s, he had portrayed several white characters opposite leading actors such as Frank Sinatra, Burt Lancaster, Marlon Brando, Paul Newman, and Kim Novak among others.

By the 1960s, Frank Silvera had become emotionally invested in the ongoing civil rights movement. He openly protested the demeaning roles given African American actors and actively expressed his dissatisfaction with racist and discriminatory practices in Hollywood and across America.  His protest included placing full ads in Hollywood newspapers, attacking the film industry and challenging many of his old acting associates in New York and Hollywood to stand in the fight against segregated America. He also turned his focus to directing and producing by founding the Frank Silvera Theatre of Being in Los Angeles, which trained aspiring young black actors and personally financed the theatre in its early years.  Silvera also sponsored black-oriented plays such as James Baldwin’s The Amen Corner, which had a successful run on Broadway in the 1970s.

Some of Silvera’s most notable film appearances include Viva Zapata!, One-Eyed Jacks, The Appaloosa, Fear and Desire and Killer’s Kiss.  He also made guest appearances in a number of television shows including The Twilight Zone, Hawaii Five-O, and The Alfred Hitchcock Hour.

Silvera had a recurring role in the TV series The High Chaparral when he died of a freak accident in his Pasadena, California home in 1970. He apparently was attempting to repair an electric garbage disposal unit in his kitchen sink when he was fatally electrocuted.