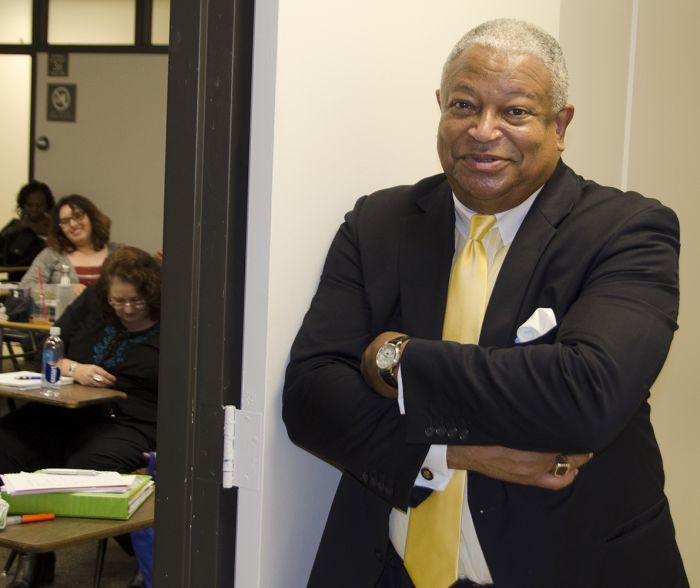 J. Steven Rhodes, U.S. Ambassador to Zimbabwe, was born in New Orleans, Louisiana on September 29, 1951.  After graduating from high school he attended Loyola Marymount University (LMU) in Los Angeles, California where he was a member of the LMU 1969 Hall of Fame football team.

In 1973 Rhodes graduated from LMU with a Bachelor of Science degree. From 1973 to 1981 he was employed at Dart Industries in Los Angeles.  Between 1973 and 1976 he worked in the company’s wage and salary division and from 1976 to 1981 he was the corporation’s Director of Government Affairs.  While employed at Dart, Rhodes continued his education at Pepperdine University in Los Angeles and earned a Master of Science degree in 1977.

J. Steven Rhodes entered public service as a presidential appointee. On April 10, 1981, Rhodes was appointed by President Ronald Reagan to serve in the White House Office of Intergovernmental Affairs as special assistant liaison to city and county officials.  He served in this capacity from 1981 to 1983. He is credited among those who helped to persuade President Reagan to honor Dr. Martin Luther King, Jr. with a national holiday.  In 1983 he became the chief domestic policy advisor for Vice President George H.W. Bush. He served in that capacity until 1985.

In 1985 Rhodes relocated to New York City, New York and returned to the private sector, this time as Vice President of the Public Finance Division of the investment firm, Smith Barney.  Rhodes worked in this capacity until 1987 when the firm transferred him to California where he became the managing director of their Los Angeles public finance office.

Rhodes returned to public service in 1989 when President George H.W. Bush nominated him to become U.S. Ambassador to Zimbabwe.  On March 8, 1989, Rhodes was confirmed by the U.S. Senate and shortly afterwards presented his credentials in Harare, the capital of Zimbabwe.  Rhodes served as ambassador only 16 months. He abruptly resigned his post on August 6, 1990 citing personal and health reasons which he indicated impeded his ability to continue to serve as U.S. Ambassador to Zimbabwe.  Published newspaper reports however indicated that he was the target of an illegal drugs investigation.

Rhodes returned to the United States and since 1990 has held several high level executive positions in the oil industry.  Currently, he is Chairman and Chief Executive Officer at Claiborne Rhodes, Inc. located in Los Angeles, California.