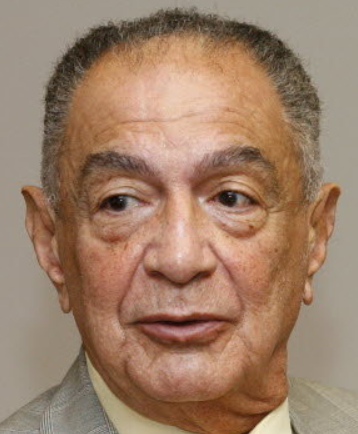 J. Gary Cooper, military, government, and business leader, was appointed United States Ambassador to Jamaica by President Bill Clinton in 1994. He was the first African American to occupy the position. Prior to his appointment, he had a distinguished military career.

Jerome Gary Cooper was born on October 2, 1936 in Lafayette, Louisiana to a devout Catholic family, but grew up in segregated Mobile, Alabama and attended McGill-Toolen Catholic High School.  Based on a recommendation from Archbishop Fulton Sheen of New York, he won an academic scholarship to the University of Notre Dame in Indiana, from which he graduated with a Bachelor of Science Degree in Finance in 1958.  He continued his education 21 years later, enrolling in Harvard University’s SMG (Senior Management Graduate) program in 1979. In 2003, he attended the Directors’ Education Institute at Duke University’s Fuqua School of Business. Alabama’s Troy University awarded him an Honorary Doctorate of Law in 1990.

Immediately after graduating from Notre Dame, Cooper joined the United States Marine Corps. From 1958 to 1970 he was an active duty officer and became the first African American officer in Marine Corps history to lead an infantry company into combat.  Over his career he earned the Distinguished Service Medal, Legion of Merit, Bronze Star, two Purple Hearts, and the Republic of Vietnam Gallantry Cross. He left the Marine Corps in 1970 at the rank of major.

In 1970, Cooper became the CEO of his family’s insurance company and funeral home in Mobile and in 1973 he was elected to the Alabama Legislature.  Three years later (1976) he helped found Commonwealth National Bank, the first black owned bank to serve Southern Alabama.  In 1978 Alabama Governor George Wallace appointed Cooper Commissioner of the Alabama State Department of Human Resources, where he managed a staff of over 4,000 and the state’s largest agency budget. In 1981 he joined David Volkert and Associates, an engineering and architectural firm in Mobile, Alabama, as vice president for marketing.

But the Marine Corps again beckoned. In 1988, he returned to active duty and was promoted to the rank of Major General, functioning as Director of Personnel at Marine Corps Headquarters. He retired in 1989, when President George H. W. Bush nominated him to be Assistant Secretary of the Air Force (Manpower & Reserve Affairs). He served in that capacity until 1992, when he returned to David Volkert and Associates as Senior Vice President.

In 1994, President Bill Clinton nominated Cooper to serve as the United States Ambassador to Jamaica, a position he held until 1997. As Ambassador, Cooper identified himself closely with the country’s education and business sectors.

Ambassador Cooper is currently the Chairman of CNB Bancorp and the retired Chairman of the Board of Commonwealth National Bank. He has been on a wide range of boards including the Boards of United States Steel Corporation, Protective Life and others and currently serves on the Boards of Mobile, American Friends of Jamaica and others. He has also served on the Boards of Talladega College and Spring Hill College. His public service has been recognized by the National Association for the Advancement of Colored People (NAACP), B’nai B’rith, the City of Mobile, the Secretary of the Navy, the University of Notre Dame, and Omega Psi Phi Fraternity.

The Ambassador is married to Beverly Martin Cooper, a transportation and health care consultant. They have three children.