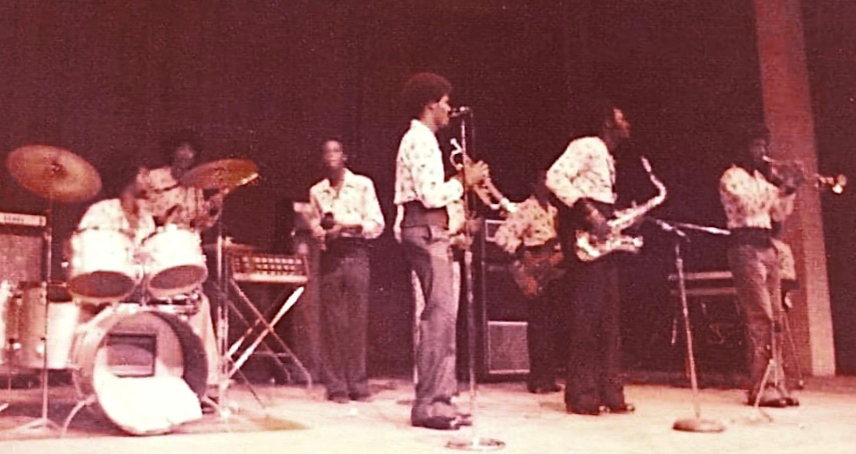 Quiet Fire, a reggae, Latin jazz, and R&B ensemble which emerged as one of the premier groups in the U.S. Virgin Islands, was founded by teenagers attending Croix Central High and St. Joseph’s Catholic high schools on St. Croix Island. They began as the Soul Busters in 1967.

In 1978, the Soul Busters changed their name to Quiet Fire and the following year recorded their debut studio album, Tropical Depression. The band did two follow-up albums. The work was recorded in San Juan, Puerto Rico, by Ochoa Recording Studios.

The Virgin Islands government sponsored Quiet Fire to represent the territory at the Cartagena Festival Internacional de Música del Caribe, in Cartagena, Colombia, in 1984 and 1985.

While Quiet Fire’s history was primarily as a band, its original members singularly and collectively impacted the Virgin Islands’ cultural and political scene. Ronald E. Russell is a former senator in the V.I. Legislature. Daryl Anthony Richards is a retired school principal in the V.I.; Renholdt “Rookie” Jackson is a retired V.I. police officer. Delroy “Deli” Iles retired as an air traffic controller for Charlotte Amalie, St. Thomas.