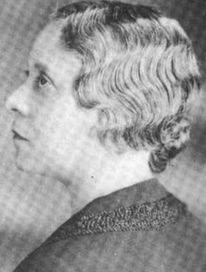 Florence Beatrice Smith, the first black woman composer to garner an international reputation, was born in Little Rock, Arkansas, in 1887, to James H. Smith, a dentist, and Florence Gulliver Smith, a former school teacher and private lesson piano teacher who also managed several local businesses. Under her mother’s musical tutelage, Smith was quickly recognized as a prodigy. While attending Capitol Hill School in Little Rock, she published her first composition when she was eleven.  At fourteen, she studied music at the New England Conservatory of Music in Boston, Massachusetts, graduating in 1907 with a Bachelor of Music degree. Smith taught at the Cotton Plant-Arkadelphia Academy and at Shorter College until 1910 when she accepted a position as Chair of the Music Department at Clark University in Atlanta, Georgia. At the time she was 23.

In 1912 Smith returned to Arkansas where she wed Thomas Jewell Price, a well-known Little Rock, Arkansas attorney. The couple had three children, a son, who died in infancy, and two daughters.  Price started a music school and continued to compose piano pieces, but she was denied membership in the Arkansas State Music Teachers Association because of her race.  When serious racial unrest erupted in Little Rock, the family moved to Chicago, Illinois in 1927. It was here that Price was able to reach her full musical potential, but unfortunately, it came with the end of her marriage in 1935.

Price studied at the American Conservatory of Music and the Chicago Musical College. Her compositions combined the melody and rhythms of black culture, black religious spirituality, and European romantic mood and techniques. In 1928 G. Schirmer, a major publishing house, accepted her work At the Cotton Gin.  She composed Fantasie Negre in 1929 for piano.  In 1932 she won multiple prizes from the Wanamaker Foundation for Piano Sonata in E Minor and her most famous work, Symphony in E Minor. The Chicago Symphony Orchestra performed Symphony in E Minor at the Chicago World’s Fair in 1933, followed quickly by orchestras in Michigan and Pennsylvania.  Eventually European orchestras also performed her works.  Price was the first black female classical composer to achieve this level of recognition in the United States and Europe.

Throughout the rest of the 1930s Price taught music lessons, continued to compose for piano and organ, and worked as an orchestrator for WGN radio and as an organist for silent films. Under the name Vee Jay she also wrote a number of popular tunes such as Songs to the Dark Virgin and Hold Fast to Dreams.  Marian Anderson chose Price’s arrangement of My Soul’s Been Anchored in de Lord when she gave her historic concert at the Lincoln Memorial in 1939.  In 1940 the WPA Symphony in Michigan performed her new composition, Symphony No. 3 in C Minor. Price died in Chicago in 1953 leaving a vast legacy of orchestral, choral, vocal, chamber, spirituals, piano, and organ work.