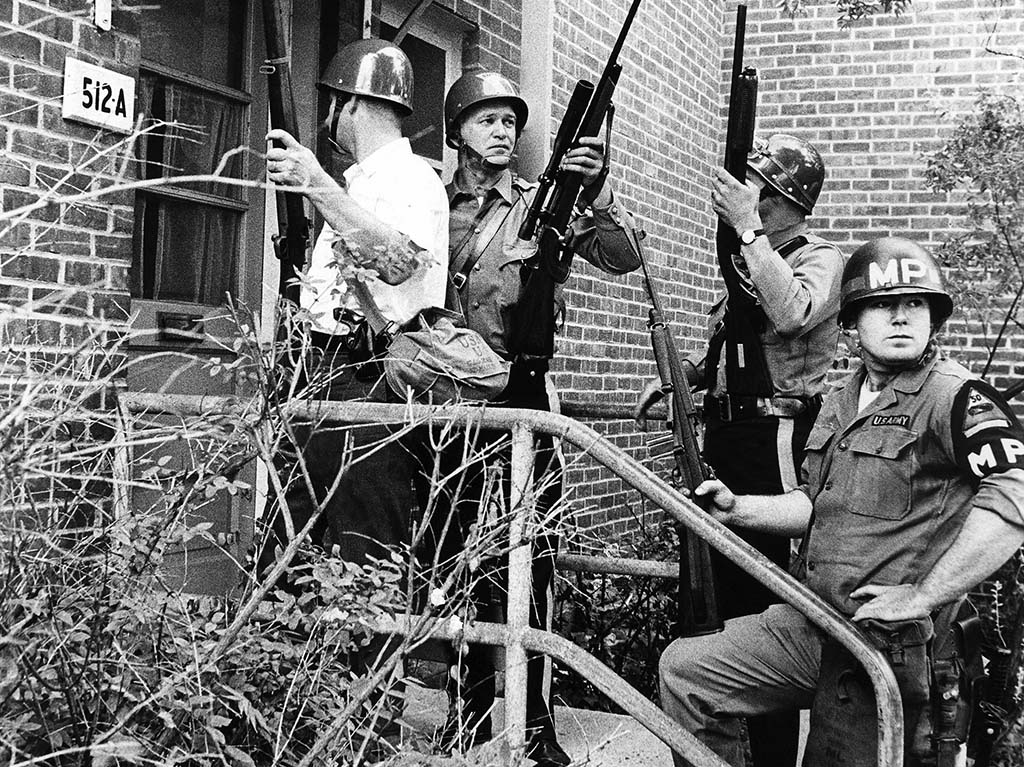 The 1967 Plainfield, New Jersey, Riot was among the over 150 urban uprisings that transpired throughout the nation in the late 1960s. As with many other uprisings during this time, underlying resentments that had been mounting in neglected communities contributed to the civil unrest that occurred.

Frustrations and tensions had been rising in Plainfield due to banks practicing discriminatory lending, residential segregation of African Americans in the West End of the city, and the loss of jobs in the city. In addition, African Americans were subjected to harsh treatment by local law enforcement and the relationship between the two was dismal at best. These factors created a perfect storm of tension.  All that was needed was one incident to tip everything over the edge.

That tipping point came on July 14, 1967 at a hamburger joint called White Star Diner and would set off a chain of events. What exactly took place at the diner is unclear but it resulted in a spontaneous protest march by local blacks on downtown Plainfield. During the march some protestors threw rocks at police cars and through windows of nearby businesses.  The crowd dispersed upon meeting a line of Plainfield police officers.

The following day black councilmen Everett Lattimore and Harvey Judkins met with a number of youths at a teen center. Some of the youths left the gathering when the answers they sought on police brutality and the lack of a swimming pool on the West End were not adequate to them. Afterwards, they set fires in the West End and threw rocks at firefighters when they showed up to put out the fires. The group dispersed when a rainstorm came over the city.

Two days later, on July 16, 1967 much of the violence that characterized the Plainfield Riots began. On that day an officer said “Come on, boys, let’s go.” when trying to disperse a group of around 100 black youth who demonstrated at Green Brook Park without a city permit. This resulted in the youth setting fires and overturning cars. The unrest continued into the later part of the day with white-owned stores being targeted by looters and gunfire was rampant. That night 46 M1 carbines were stolen from the Plainfield Machine Company and the police feared that they would be used against them. The New Jersey National Guard was called in by New Jersey Governor Richard Hughes at 12:30 a.m. on Monday and two and a half hours later calm began to return. Despite the calm, a state of emergency was declared by Governor Hughes which allowed National Guard troops to search homes for the stolen rifles.

Between July 16 and July 17 there was one death, 167 arrests, and $700,000 in property damages mainly to businesses. During the riot a number of the city’s large department stores closed their doors and the central business district remained empty days after the riots. In the aftermath of the riot many white residents moved out of Plainfield and thus the percentage of African Americans in the city rose to a near majority.