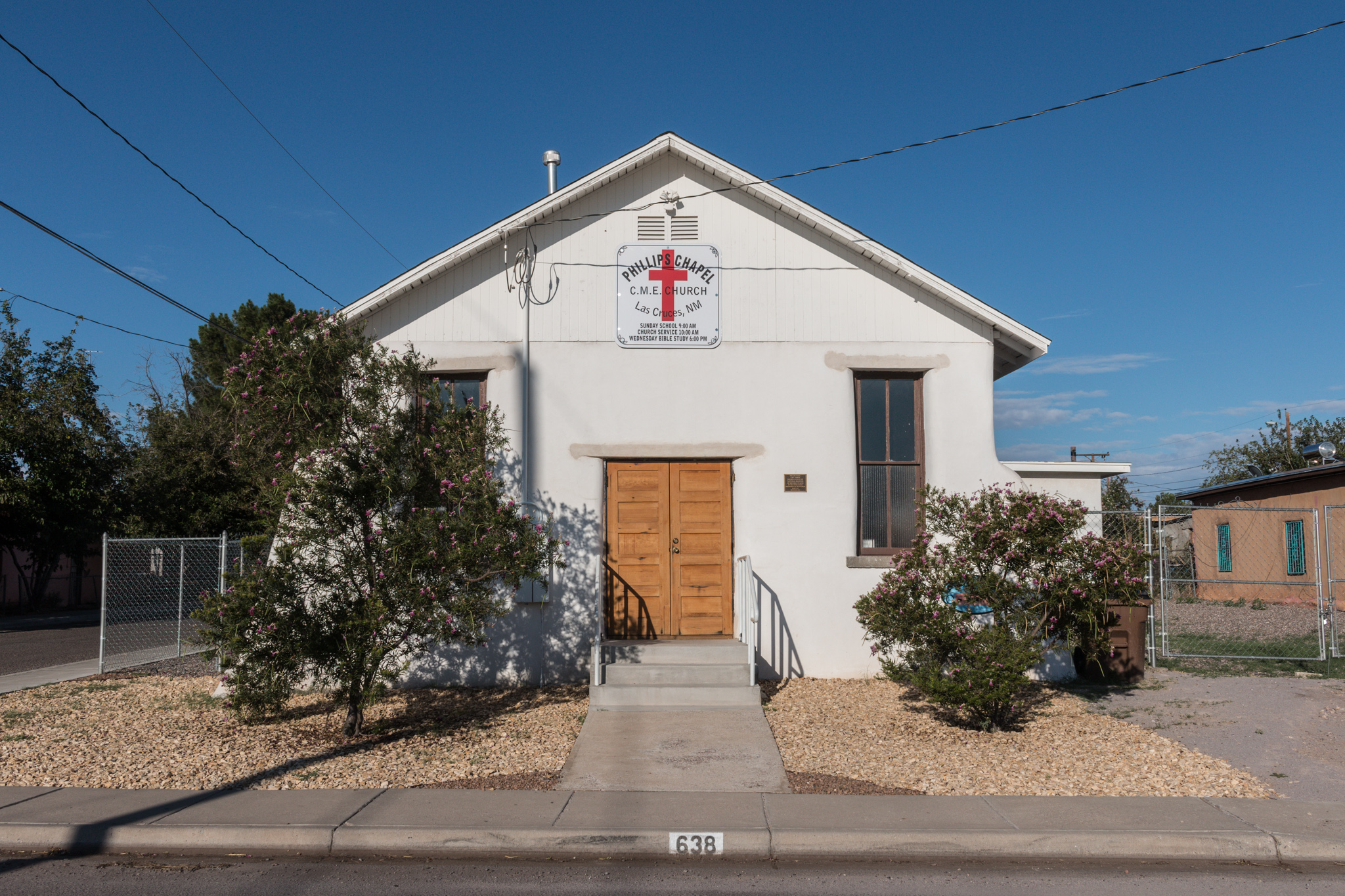 In 1911 a group of African Americans and Hispanics joined to build a small chapel, one of the first for the town of Las Cruces, New Mexico Territory. Their church, Phillips Chapel Colored Methodist Episcopal (now Christian Methodist Episcopal) CME Church is located in the Mesquite Historic District and has been placed on the New Mexico State Register of Cultural Properties.  In 2003 it was listed with the National Register of Historic Places.

Initial planning for the church began in early 1900s when several black families joined Hispanic families in renting a small frame building for worship services. In a few years the Phillips Chapel CME Church was built for $45. It was named after the Right Rev. Charles H. Phillips, first bishop of the Colored Methodist Episcopal Church in America.

Since its beginning the Chapel has been a focal point and gathering place for the small black community of Las Cruces. It has served as a civic and social center for worship, weddings, christenings, and social outings. In the 1920s when “Jim Crow” laws were adopted in New Mexico, housing areas remained open in mixed African American and Hispanic neighborhoods.   In 1924, however, black children were removed from schools and the Chapel served for their crowded schoolhouse under the title of Lincoln High School. Later, after segregated Booker T. Washington School was built in Las Cruces, the Chapel continued to be the site of graduation services until New Mexico desegregated all schools following the U.S. Supreme Court’s 1954 Brown v. Board of Education decision.

Over time the Chapel building itself had deteriorated. Original adobe walls had been repaired with concrete, causing them to crumble from the inside out, until by 2005 the entire edifice appeared on the verge of collapse. In 2009 a preservation group raised funds and gained help from faculty at nearby New Mexico State University and Doña Ana Community College. Faculty, staff and adobe experts developed restoration techniques. College students learning the art of adobe building, joined with community volunteers to rebuild the structure. By 2012, after fundraising concerts and years of labor, the project was complete. On May 10, 2013 those individuals and organizations which helped restore the Chapel were recognized in a special Annual Heritage Preservation Awards Ceremony by the New Mexico Historic Preservation Commission.

Over the years other black churches opened and served the Las Cruces community, often drawing from the membership of Phillips Chapel which today stands now at less than ten.  Nonetheless these now mostly elderly congregants continue to profess their loyalty to the church and show it by attending weekly services. With the restoration of the Chapel, including its use as a museum honoring its long service, the Las Cruces community benefits from the lasting memories of its small but determined early African American pioneers and religious leaders.