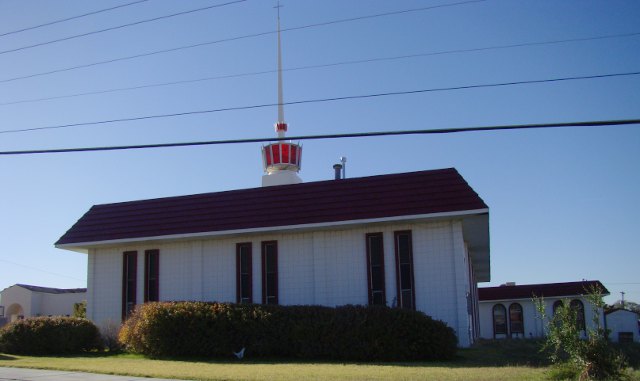 Arriving in Albuquerque, New Mexico Territory, in 1898, Mrs. Tabytha Watson began the organization of a Baptist church with prayer meetings which included her two children, in her home. By the following year the church was named Mt. Olive Baptist and members raised $135 to purchase a lot at 510 Lead Avenue. A small white frame hall was built at the back of the lot for church services. In 1901 Rev. John B. Bell from Phoenix, Arizona Territory, was called as the pastor. Baptismal services were first performed in the Rio Grande River until a baptismal pool was built in the church. A new brick building was finished by 1909, including a pump organ which was donated for musical praise in services.

The black population of the Albuquerque area has always been small. In 1900 the total city population was 6,230 with only 226 African Americans.  Most of them were farmer workers, domestic servants, and ex-soldiers, mostly from the South, looking for better opportunities in the Southwest.

By 1934 the church had purchased adjacent properties and built a parsonage.  The church building now had Sunday School rooms as well as dining and kitchen facilities. Early members remembered the Church’s historic Fourth of July celebrations marked by transportation to nearby parks provided by stagecoach. Despite their differing denominations, Grant Chapel AME Church in Albuquerque and Mt. Olive Baptist often shared the sponsorship of social events over the years.

Mt. Olive served the growing black community of Albuquerque over the next century.  By 2000 there were 13,854 blacks out of a total population of 448,607.  Church members experienced the early years of segregated schools and limited business and higher educational opportunities.  They also survived to see far more racial integration and social progress for local blacks.  Today Mt. Olive annually celebrates special activities on Martin Luther King Day and projects centering on February’s African American History Month.

In 1970 under the leadership of Rev. W. C. Trotter the properties at Lead Avenue were sold, a new location at 2401 University Boulevard purchased.  Ground was broken for a new building which was named the Ralph Bunche Cultural Center, in honor of former UN Ambassador Ralph Bunche who had lived in Albuquerque as a child.  In 1977 the present sanctuary was completed and dedicated.

Rev. Michael Sumbry became Mt. Olive’s minister in 2002 after serving in a similar capacity during his long years of military service.  His wife, Marva Sumbry, became the musical director of the church.  They call their leadership,  “dual” pastoring. Mt. Olive Baptist includes five choir groups.  In September 2013 Mount Olive Baptist Church celebrated its 115th anniversary with the motto: “Trust God for a glorious future as we move forward in prayer.”