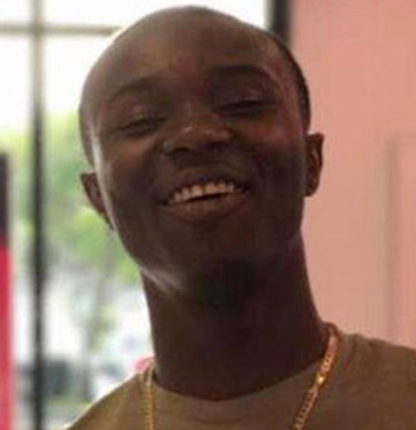 William McCoy, also known “Willie Bo,” was a Bay Area rap artist shot and killed by Vallejo, California police on February 9, 2019 while sleeping in his vehicle. McCoy was seated in his car at a Taco Bell drive-through when an employee called 911 because he appeared to be “slumped over” at the wheel. The six shooting officers claim that McCoy was not asleep, and moved when they shot into the vehicle. McCoy was instantly killed after several rounds were fired after only four seconds. McCoy was only 20 years old at the time of his death.

After the shooting, McCoy was found unresponsive with a handgun in his lap. That gun was later found to have a clip, and the family claims witnesses overheard officers acknowledging that fact. The graphic body cam footage shows multiple police cars surrounding the drive-through before they approached the vehicle with guns drawn. The video has caused disagreement between the police, family, and witnesses. In June of 2019, the family filed a wrongful death claim in the U.S. District Court for the Eastern District of California for use of excessive force. The six officers involved were temporarily placed on administrative leave, but were later allowed to work full duty.

McCoy grew up without his biological parents, both of whom died by the time he was 12-years-old. He received his GED before leaving high school to pursue a career in music. Marc, Willie’s 50-year-old brother, stated that McCoy had a deep passion and commitment to music. Many successful rappers, such as E-40, Mac-Dre, and B-Legit, have heralded come from the Vallejo area. McCoy was a member of the rap group FBG, which stands for Forever Black Gods. Friends and fans described his music as being about overcoming the struggles of black life in Vallejo.

McCoy was well known and believed by many to be well on his way to being the next star to break through on the local music scene. In one of his tracks, McCoy raps, “It’s not that easy growing up without a dad, if can keep my head up than I won’t feel bad.” His many music videos and legacy continue to inspire young artist in Northern California and beyond. McCoy’s music was raw and provocative reflecting the reality of life in the Vallejo area. While the facts of the case are still disputed, the police shooting and killing of McCoy are yet another reminder to the Vallejo community that black lives, like McCoy’s, are more susceptible to police violence than others.