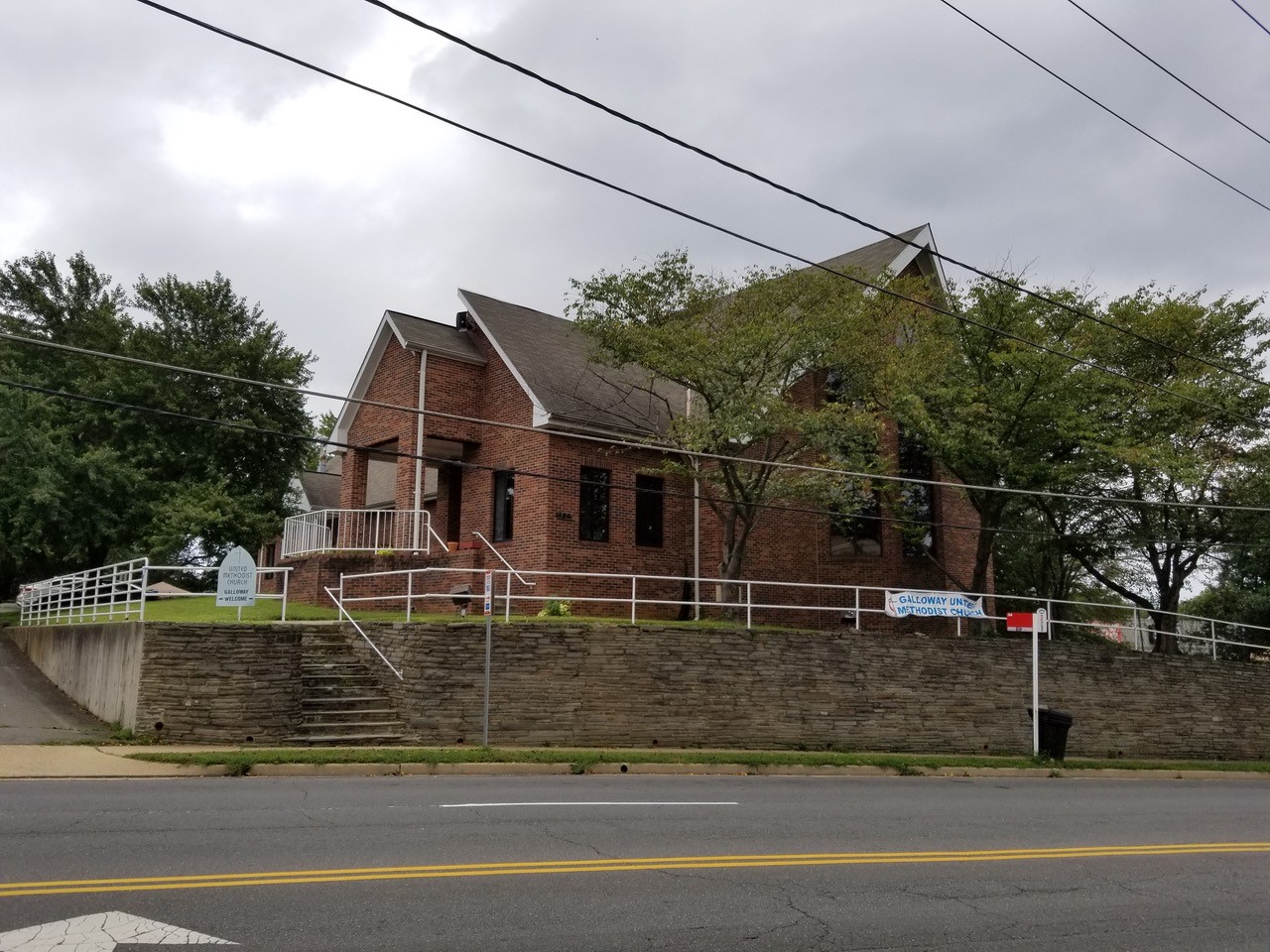 Galloway United Methodist Church (UMC) in Falls Church, Virginia, was founded in 1867 by George and Harriet Brice, who are buried in the historic graveyard on site. The Brices had escaped slavery and according to the U.S. Federal Census of 1850 were free blacks living in Northern Virginia. During the Civil War, George Brice was a member of the United States Colored Troops (USCT), 6th Regiment. The church was originally named “Watkins Chapel, and was renamed in 1901 as “Galloway Chapel” upon church expansion, after Rev. John Galloway who was the minister at the time. Although Galloway UMC has experienced numerous name changes over the decades, it has maintained a steady church family membership throughout multiple generations since its inception.

Galloway United Methodist Church is located on the border of the City of Falls Church and Fairfax County, Virginia. The Galloway church building is located on the Falls Church side of the line, and the cemetery is on the Fairfax side. This historical church stands on part of the former Dulany Plantation, where enslaved people on that plantation secretly met and worshiped on a hill among the trees. Elder Hiram Reed, a local white minister, encouraged these enslaved Christians to start their own church. George and Harriett Brice began hosting meetings at their home, a 12-acre farm that Harriett Brice purchased in 1864. They worked with community members to raise funds to build a church. Brice’s employer, retired Union Colonel and Jail Warden, John S. Crocker, donated $75 of the $175 purchase price for the land where the church was eventually built. The land was finally acquired in 1867.

Galloway United Methodist Church is located at 306 Annandale Road in Falls Church and is registered on the Virginia Civil War Trail. The historical cemetery holds the gravesites of many prominent contributors to black history including Harriet Foote Turner, an escaped slavery from the Cook-Fitzhugh plantation on the Virginia side of the Potomac River in the late 1850s who later led fugitive slaves to freedom in Canada; Joseph Tinner, co-founder of the Colored Citizens Protection League, and later President of the first rural branch of the NAACP, incorporated in 1915; Eliza Hicks Henderson who had escaped slavery after the Battle of Vicksburg (Mississippi) in 1863 and walked from there with her young son to Washington, D.C. to rejoin her family; and Charles Tinner and Isaac Peyton who served in the Home Guard, an interracial militia which protected local residents and property from Confederate raiders.

Today, Galloway United Methodist Church has approximately 75 active members and an extended church family of over 200 people. The church is now led by Senior Pastor, Rev. James Page, Jr. and continues its involvement in cultural and civic activities with fellow African American congregations in Northern Virginia, pastoral exchange with area churches, mentoring in local schools, a food bank, a giving program for youth with a parent in prison, and a prison ministry.