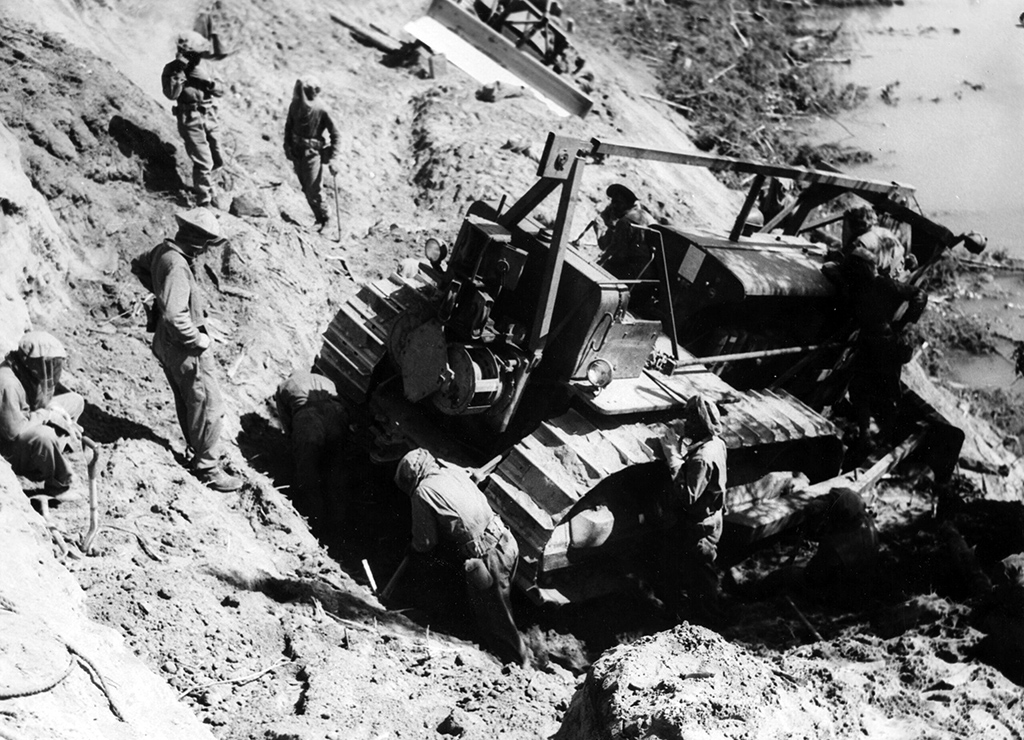 In 1941 the United States Army Corps of Engineers (USACE), the construction agent for the War Department, maintained construction battalions that were deemed less valuable than units in other Army branches. Coupling this practice with the racial beliefs dominant in the Jim Crow South, it is not surprising that the Army recruited Black men for these battalions and that it expected little from them when they were assigned to these units. After the U.S. entered World War II thousands of them were placed in segregated USACE.

The 97th Engineering Battalion formed in June 1941 at Camp Blanding near Starke, Florida was one of those units. Initially numbering 600 soldiers, they, after a short period of training, moved west to Eglin Field in Valparaiso, Florida to build runways.

After the December 1941 Pearl Harbor, Hawaii attack, Japan threatened North America from the Aleutians Islands and Alaska. The Army needed to transport combatants and war material north from the continental US, and to do that they needed a 1,600-mile highway through subarctic northern Canada to Alaska Territory. In January 1942 President Franklin D. Roosevelt ordered USACE to build the Alaska Highway in eight months.

USACE needed seven engineering regiments, but had only four white regiments. Expanding the 97th to a regiment, they reluctantly dispatched them north along with two other segregated regiments, the 93rd and the 95th. They departed Florida and arrived into Valdez, Alaska on April 30, 1942, where the 97th struggled until August 1, 1942 when Colonel Lionel Robinson arrived. The soldiers plunged into the wilderness north of Valdez up to the Tanana River, then south to the Canadian border. When the white 18th engineers fell behind, the 97th crossed into Canada to assist and where they united in October at Beaver Creek, Yukon.

The 97th remained in Alaska until September and then moved to Camp Sutton, North Carolina via Seattle, Washington. In March 1944, the regiment relocated to Camp Stoneman, California, departed to Australia for construction work, followed by Milne Bay, New Guinea assignments in May where they spent the rest of the war maintaining airfields and roads.