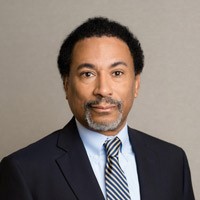 He and his brother, Richard, were reared in Mount Vernon and later in White Plains, New York. As a child, Graham first experienced bigotry in 1972, when a white parent removed her child from a pool he waded in. An excellent student and tennis team member, Graham graduated from White Plains High School in 1979. At Princeton University he earned an English B.A. in 1983 and a Harvard Law School J.D. in 1988.

Employed by prestigious law firms, including New York City’s Weil, Gotshal & Manges and Cuddy & Feder, Graham had a personal connection with the latter from his youth as a family friend.

Despite his academic and professional credentials, Graham in 1991 took a job earning minimum wage as a busboy to examine systemic racism in the predominantly white Greenwich Country Club. This experiment led to his career explaining racism in upper-class settings. Eventually he left the law profession to become a full-time writer which allowed him to examine this continuing problem despite widespread claims of racial progress. Throughout the rest of his career Graham studied the impact of race on social class identity and its subsequent divisions within the African American community regardless of individual achievement and wealth.

Graham authored 14 books, including Proversity, A Member of the Club: Reflections on Life in a Racially Polarized World (1996), Our Kind of People: Inside America’s Black Upper Class (1999), a New York Times best-seller, and The Senator and the Socialite: The True Story of America’s First Black Dynasty (2007).

Our Kind of People proved to be Graham’s most important and enduring work. In 2019, C-SPAN2’s Book TV showcased it to commemorate the 20th anniversary publication. Too, Fox-TV planned a primetime drama series around the book. Graham was also a political commentator for multiple media outlets and a contributing editor for Reader’s Digest.

A member of Sigma Pi Phi Fraternity, the oldest African American fraternity, Lawrence Otis Graham died at 59 in Chappaqua, New York on February 19, 2021 of an unknown cause.