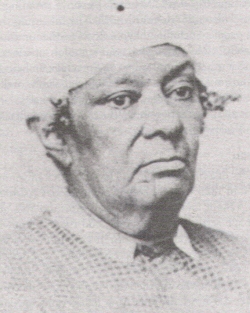 Betsey Stockton was born into slavery in Princeton, New Jersey in 1798.  She belonged to Robert Stockton, a local attorney.  Presented to Stockton’s daughter and son-in-law, the Rev. Ashbel Green, then President of Princeton College, as a gift, Betsy Stockton was now in a household that encouraged her ambitious and intelligent attitude.  She was given books and was allowed to attend evening classes at Princeton Theological Seminary.

When Stockton expressed her interest in becoming a Christian missionary she was granted her freedom and accepted into membership by the American Board of Commissions for Foreign Missionaries.  On November 20, 1822, Stockton and 20 other missionaries set sail from New Haven, Connecticut for the Hawaiian Islands.  Upon her arrival Stockton became the first known African American woman in Hawaii.

Stockton was assigned to a mission in Lahaina, Maui, in 1823.  Up until that time, missionaries instructed Hawaiians in Christianity but had limited their teaching of reading, writing and math to their own children and the children of the Hawaiian chiefs.  Stockton persuaded Charles Stuart, the head of the Lahaina missionary group, to allow her to create a school for the maka’ainana  (common people).  Stockton learned the Hawaiian Language and established a school in Maui where she taught English, Latin, History and Algebra.  The site of her school is the location of the current Lahaina Luna School.  Stockton left Hawaii in 1825, returning to the mainland where she was assigned to teach Native American children in Canada.  She spent the final years of her life teaching black children in Philadelphia, Pennsylvania.  Betsy Stockton died in her hometown of Princeton, New Jersey in October 1865.