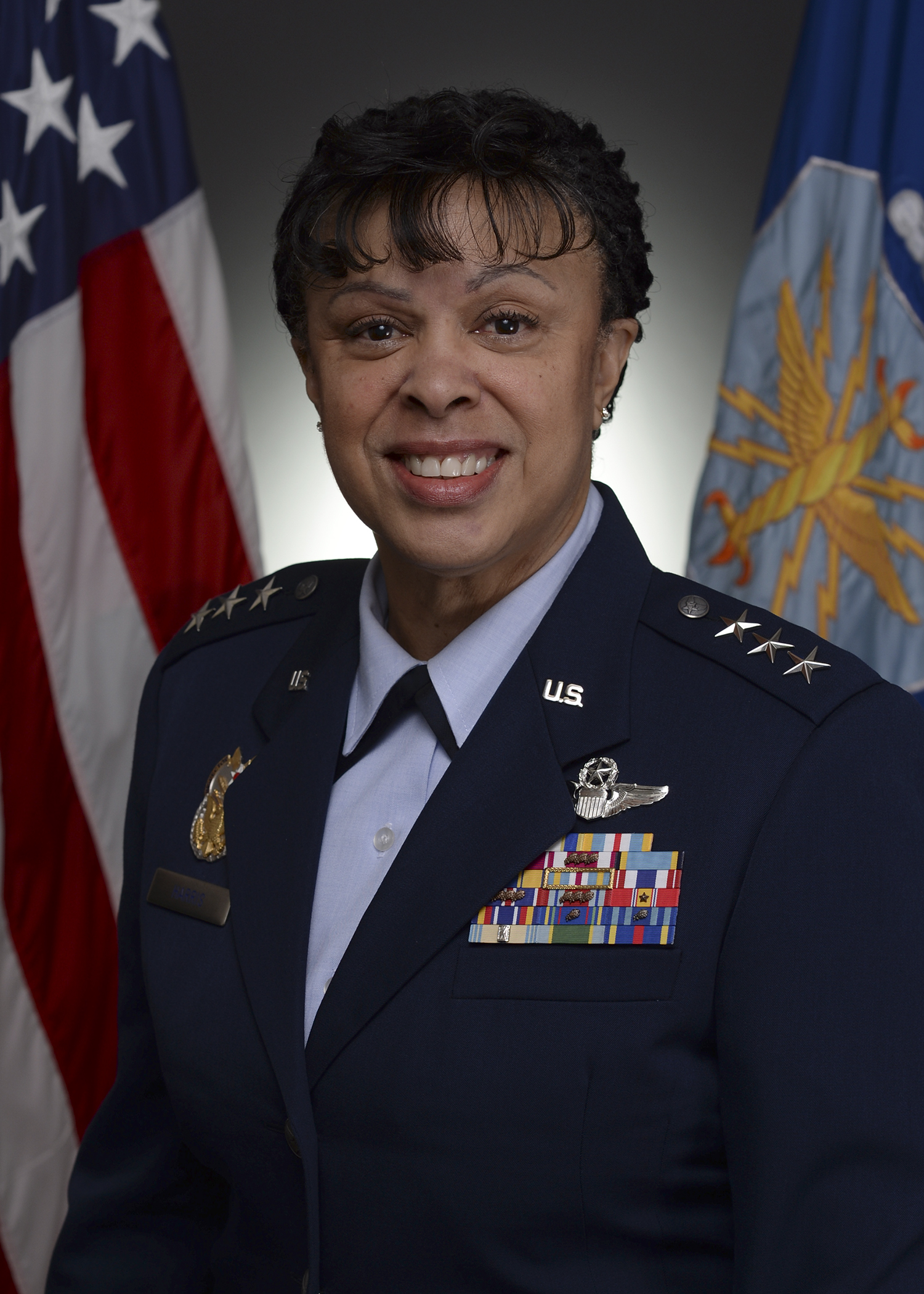 Harris was born in 1959 in Los Angeles, California to Clyde Bruce Harris, a career airman in the U.S. Air Force, and Alice Mae Tabourn Harris, a banker. She graduated the 71st High School in Fayetteville, North Carolina in 1977 and received her commission in the Air Force via the University of Southern California’s Air Force ROTC program, where she received her Bachelor of Science degree in industrial and systems engineering in 1981.

In 1987 Harris received her Master of Aviation Management degree from Embry-Riddle Aeronautical University in Daytona Beach, Florida and one year later completed Squadron Officer School at Maxwell Air Force Base, Alabama, in 1988. Harris served in active duty until 1990 when she began working for United Airlines as a commercial pilot.

In April 1991 Harris joined the Air Force Reserves as a Captain and from there began to climb the ranks. She commanded an airlift squadron and an expeditionary operations group. On April 1, 2003 she was promoted to Colonel and two years later in 2005, she made history becoming the first African American woman to command an Air Refueling Wing. She also served as the Assistant Vice Chief of Staff and Director, Air Staff at the Headquarters U.S. Air Force in Washington, D.C.

In 2009, Harris was promoted to Brigadier General and promoted to Major General in 2013 and Lieutenant General in 2016. In 2017, she was appointed Inspector General of the U.S. Air Force. As Inspector General, Harris reported to the Secretary and Chief of Staff of the Air Force regarding matters of Air Force effectiveness, efficiency, and military discipline of active duty, Air Force Reserve and Air Nation Guard forces. She provided inspection policy and oversaw the inspection and evaluation system for all Air Force and nuclear conventional forces; oversaw Air Force counterintelligence operations and chaired the Air Force Intelligence Oversight Panel; investigated fraud, waste, and abuse; oversaw criminal investigations; and provided oversight of complaint/resolution programs. General Harris was responsible for two field operating agencies: the Air Force Office of Special Investigations and the Air Force Inspection Agency.

General Harris retired from the U.S. Air Force Reserves in 2019 and now lives in Los Angeles. A portrait of Lieutenant General Stayce D. Harris hangs in the Pentagon, acknowledging her firsts.