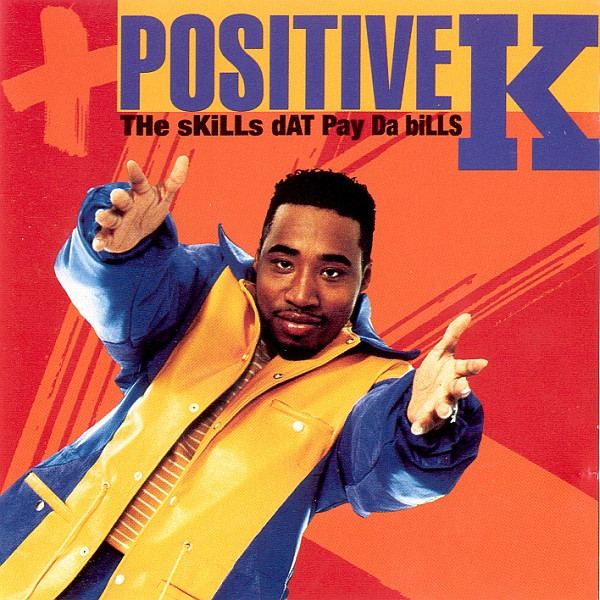 Rapper, emcee Positive K, was born on August 9, 1967, in the Bronx, New York, as Darryl Gibson. He was originally a member of the rap group, Five-Percent Nation and then he joined the rap group Almighty God Committee from Queens, rapping under pseudonym Positive Knowledge Allah. Positive K began his solo career as a rapper in 1986, with his debut Hip Hop album Fast Money for a small label, Star Maker Records.

In 1987, Positive K signed to Nat Robinson’s First Priority Music label. Positive K’s 1989 duet with rapper MC Lyte on the single, “I’m Not Havin’ It” was his first song to be listed on a Billboard music chart (Billboard’s Rap\Hip-Hop chart).

Positive K appeared in a cameo role in the film A Bronx Tale and with Beavis and Butt-Head on The Beavis and Butt-Head Experience in a remix of “Come to Butthead.” In 1997, he released “Black Cinderella,” which reached no. 92 on Billboard Hot R&B Singles and stayed charted for five weeks. Nine years later (2006) he appeared on rapper Nas’ “Where Are They Now” ’90s remix.

In 2008, Positive K’s compilation album Back to the Old School was released under the EchoVista label. In 2015, he collaborated with Greg Nice on his song “Make It Happen,” and two years later, in 2017, they teamed for the single, “Bring It. Afterward, they called themselves individually PK Dolla and N.I. and collectively Gr8te Mindz. However, their singles are still marketed and sold online under the artists names “Positive K and Greg Nice.”