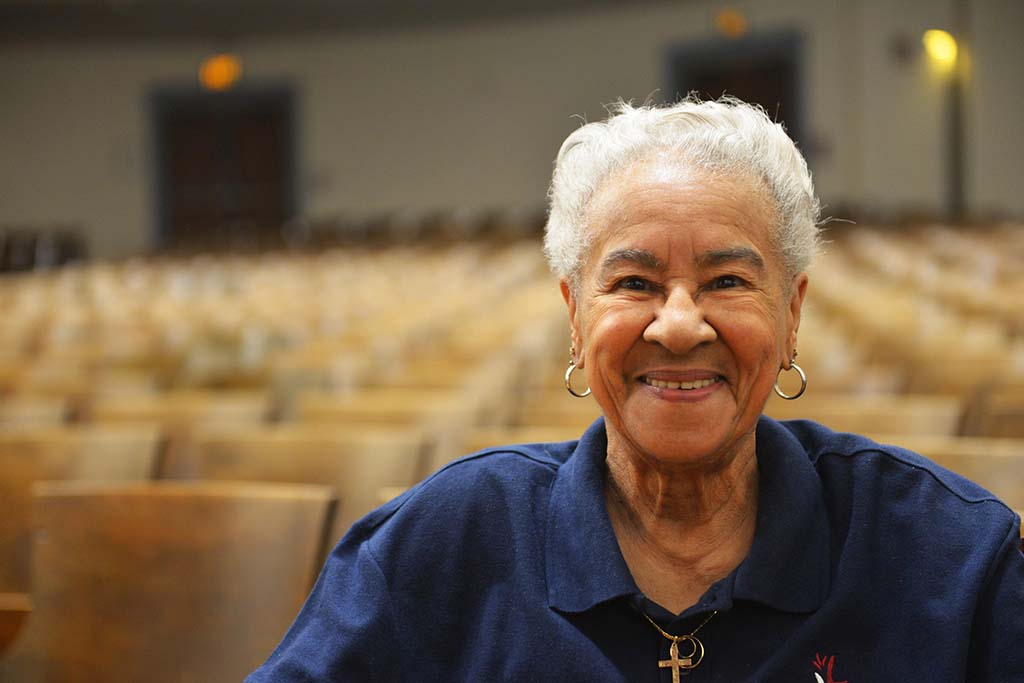 Marie Louise Anderson Greenwood was the first African American teacher to obtain tenure in the state of Colorado. Greenwood was born in Los Angeles, California on November 24, 1912 to Joseph Anderson who worked as a railroad chef, and Sarah Garrett Anderson, a laundress. At the age of 13, Greenwood’s family moved to Denver, Colorado to look for better economic opportunities. While there, she attended Denver East High School in 1929 where an academic advisor discouraged her from pursuing higher education although she ranked in the top ten percent of her class. Her family, nonetheless, moved to the West High School area the next fall where she won the National Merit Scholarship, an annual scholarship awarded to the top four students in the graduating class.

In 1931, during the Great Depression, Greenwood matriculated into the Colorado State College of Education, now the University of Northern Colorado. As a black woman, the college did not permit her to live on campus or join any student organizations. In 1935, Greenwood’s pastor, Rev. Russell Brown, encouraged her to take the Colorado State Teachers Examination in which she passed. Lila M. O’Boyle, a white school principal in the Denver Public Schools (DPS), contacted Greenwood with a job offer to teach at Whittier Elementary School. Greenwood turned down the offer because she felt that it was important to finish her degree first. After graduating later that year in 1935, she was once again contacted and accepted a position as a first-grade teacher at Whittier Elementary. In 1938, she became the first African American teacher to obtain tenure in the state, opening the doors for many black teachers to enter the school system.

In 1945, two years after she married Bill Greenwood, she took a break from teaching to raise her family. Her four children became the first African American children to attend Newlon Elementary School, a previously all-white school in Denver. In 1953, Greenwood was a regular substitute teacher at Newlon, and two years later, she became a full-time educator at the school. Many white parents were skeptical of her, but Greenwood’s quality of teaching helped them to see that African American teachers could educate their children. Outside of teaching, she was involved in social activism through the Cosmopolitan Club, an interracial group dedicated to breaking down segregation in Denver in the 1940s. She was also a charter member of Denver’s Epsilon Nu Omega Chapter of Alpha Kappa Alpha, founded in 1949.

Greenwood’s storied career and legacy in education has awarded her profound recognition in Colorado’s history. In 2001, the Marie Greenwood Academy in Denver, Colorado was named in her honor and an educational non-profit, Friends of Marie L. Greenwood, was established to help students at the school. Greenwood published two books, one titled Every Child Can Learn in 2007, and her autobiography in 2013, titled By the Grace of God. In 2010, she received the Martin Luther King Trailblazer Award and was awarded an honorary Doctor of Humane Letters Degree at the University of Northern Colorado. Later that year, she received another honorary doctorate from Denver Urban Studies and Adult College.

Greenwood is 106 and lives in Denver, Colorado.